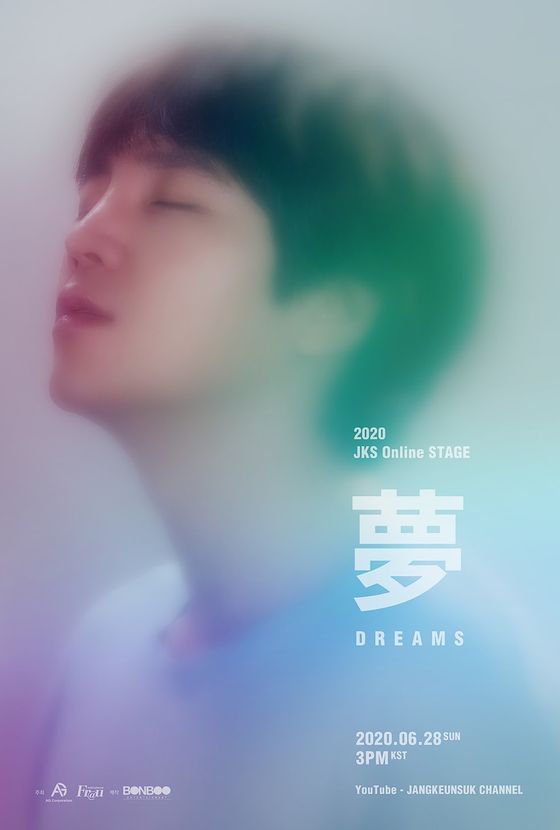 Singer and actor Jang Keun-suk announced that next week he will have his first online meet-up with fans since he was discharged from the military last month.

The online event, titled “2020 JKS Online Stage_Dreams” will be held June 28 at 3 p.m., Korea time, through the celebrity’s YouTube channel PrinceJKS. Jang hasn’t had any meet-ups with fans in about two years, so those who have been waiting for his military service to end are getting excited about the news.

The entertainer originally wanted to have an in-person meet, but continued concerns over the spread of the coronavirus prompted him to move the event online.

During the event, he will share what he has been doing since the military discharge, and chat about other updates in his life for curious fans. He will also sing some of the most popular songs of his in Korean and Japanese.