Coronavirus cases drop to 17 on Sunday

Coronavirus cases drop to 17 on Sunday 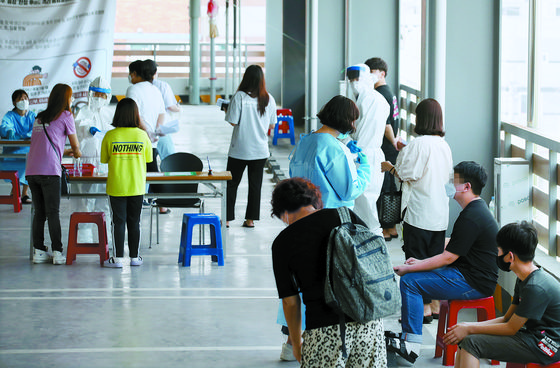 People go through diagnostic tests at a Covid-19 testing site in Gwangju on Monday. [YONHAP]


Health officials Monday announced 17 new cases of the coronavirus, the first time in a month that the daily figure dropped below 20.

But that doesn’t mean Korea is out of the woods, authorities warned, citing a recent uptick of imported cases and continuing clusters of infections.

Director Jung Eun-kyeong of the Korea Centers for Disease Control and Prevention (KCDC) cautioned that Korea is now undergoing a type of “second wave” of the coronavirus outbreak, after a first wave swept across the nation in February and March.

Seventeen new cases of Covid-19 infections were detected nationwide Sunday, down from 48 on Saturday and 67 on Friday, according to KCDC data. Friday’s 67 new infections was the sharpest increase in about three weeks.

As of Sunday midnight, 280 people had died, the same as the previous day, while 10,881 people had been declared fully recovered, up by 13 from the day before.

Among Sunday’s 17 cases, six were imported: two each from the Americas, Europe and Bangladesh. Eleven people were domestically infected: four in Seoul, three in Gyeonggi, two in South Chungcheong and one each in Daegu and North Jeolla.

It was the first time since May 25 that Korea’s daily new infections were below 20. Several clusters have been enduring in the Seoul metropolitan area and Daejeon ever since.

The country has also been seeing more cases from abroad recently — markedly from Pakistan and Bangladesh — as foreign countries lift their lockdowns despite increasing Covid-19 cases, and as manual laborers from those countries arrive in Korea in search of work in fisheries or agriculture.

To stem the rise, the Korean government said Sunday evening that it would temporarily restrict the issuance of visas to travelers from Pakistan and Bangladesh “as much as possible” starting Tuesday, except for travelers on diplomatic or urgent business duties. The government also said it would temporarily suspend permission for non-scheduled flights between the countries.

Health Minister Park Neung-hoo said Monday during a Covid-19 meeting in Seoul that between June 15 and 21, there were 90 people in Korea who were diagnosed with the disease after contracting the virus from abroad, nearly double the number from a week before — between June 8 and 14 — when 48 such cases were recorded. 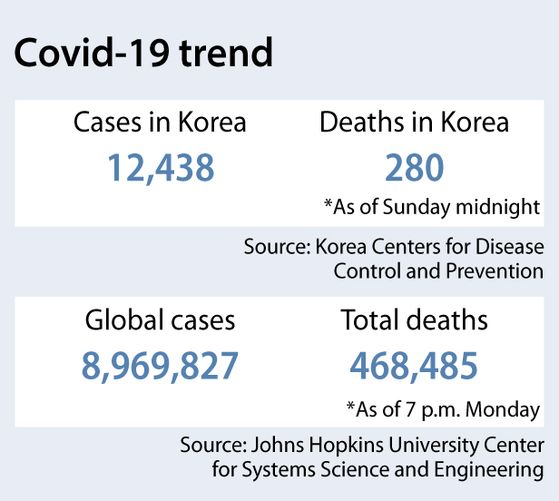 All people flying into Korea from abroad must get tested for Covid-19 within three days of their arrival and self-isolate in their homes or a government-run quarantine facility for two weeks, the incubation period of the virus, during which they have to file daily reports about their conditions to local government offices.

Seoul Mayor Park Won-soon said Monday in a press briefing that he was concerned about the recent clusters in the Seoul metropolitan area. To better cope with future risks, Park said his office would  establish new teams and research centers dedicated to epidemiology and research of infectious diseases by July.

With public beaches opening soon, the Korean government said 14 beaches in South Jeolla will operate on a reservation system this year, while more popular beaches along the eastern coast will be handing out tickets on the spot to control the number of people on the sand at any time.

Haeundae Beach in Busan and Gyeongpo Beach in Gangneung, Gangwon, both fall in the second category. Reservations to visit a beach in South Jeolla can be made online (https://www.seantour.kr/seantour/) or by placing a call with each local government office that has jurisdiction over the area.

Not a cloud in sight