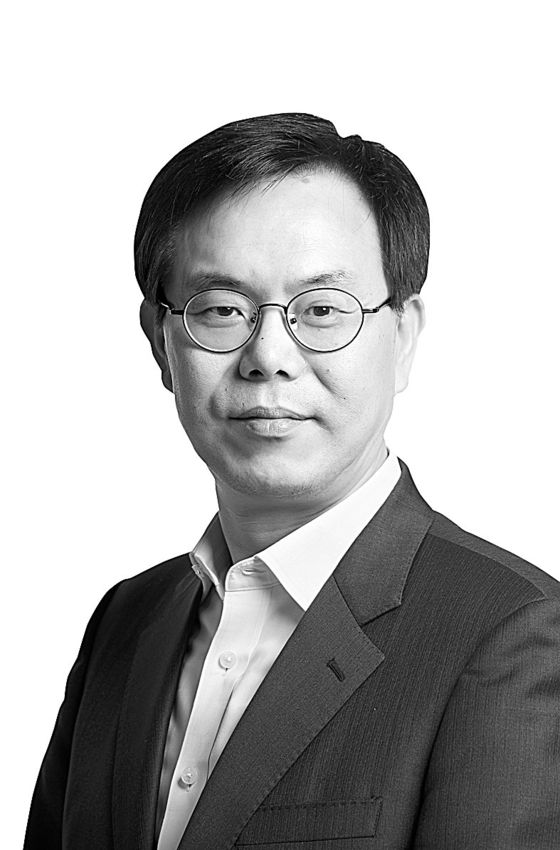 
A ruling party with 176 lawmakers in a 300-member National Assembly is capable of doing almost anything it wants. Its overwhelming majority in the legislature can be a cure for crisis if used well — or a poison that could destroy the country if not. The Democratic Party (DP) wielded its majority for the first time to open the Assembly and form some committees, pressuring the floor leader of the main opposition party to resign. Now, it is trying to force out Prosecutor General Yoon Seok-youl.

The DP probably wants to remove all impediments. A one-party dictatorship is more fearful than a dictator. Before the April 15 parliamentary elections, we worried about the highhandedness of President Moon Jae-in and his Blue House, but now we have fears about the ruling party’s tyranny in the legislature, acting as if it will reign over the country for the next 10 years.

Historically, a powerful administration never fell to outside forces. When it collapses, it is from within because it could not handle the power of the throne.

Just because the DP won a landslide victory in the April general elections does not mean the people endorsed all of its policies. If the ruling party thinks the voters back its attempt to oust the prosecutor general in the name of “prosecutorial reforms,” that’s a huge misunderstanding. Before the elections, the majority of the public strongly supported the prosecution led by Yoon for tirelessly going after corruption allegations against former Justice Minister Cho Kuk and the Blue House’s suspected abuse of power to influence the Ulsan mayoral election in 2018. Moon had to replace Cho after 1 million protesters gathered on Gwanghwamun Square to demand his resignation on Oct. 3, 2019. The DP must remember that.

Rep. Sul Hoon, a member of the DP’s Supreme Council, recently said, “Prosecutor General Yoon, who is fighting against Justice Minister Choo Mi-ae, must step down.” He failed to read the public’s sentiments. Last July, Sul said, “Yoon is not someone who would surrender to money or power. I think he is the best person to serve as the prosecutor general.” In less than a year, Sul is demanding Yoon resign. It is unthinkable that someone flip-flips so easily.

Rep. Sul singled out the conflict with Choo as the rationale for Yoon’s resignation. He is wrong. Yoon didn’t start the fight. Instead, it was Choo who started it after becoming the justice minister months later. 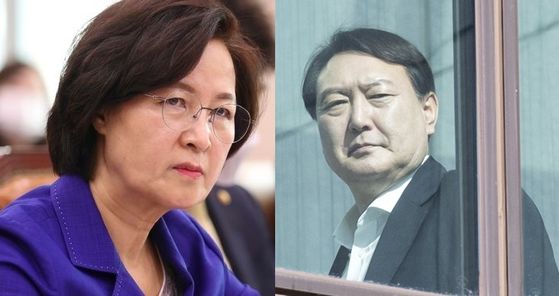 The conflict between Choo and Yoon started with a suspicion that prosecutors had found witnesses to perjure themselves by saying former Prime Minister Han Myeong-sook took bribes. The bribery investigation took place 10 years ago, and the Supreme Court convicted Han five years ago. At the time, Yoon was a prosecutor in an unimportant post.

The two witnesses, who sent petitions to the Justice Ministry claiming they had been coerced by prosecutors to lie, were felons who are still serving jail time. One was convicted of drug use and voice phishing while the other was convicted of fraud, embezzlement and a capital markets law violation. Their convictions do not necessarily mean they are lying even now. But the Justice Ministry’s attack on incumbent prosecutors solely based on the reversed testimony of felons in prison is simply not normal.

On Monday, Moon hosted a Blue House meeting on corruption, and Choo and Yoon attended it. The DP and administration are repeatedly demanding the prosecutor general — appointed by President Moon himself — resign. This is ridiculous. If Moon does nothing, that will actually put a dent in his leadership.

Moon must choose between telling Yoon to “step down as he has done his job already” or telling the DP and Choo to stop pressuring him. Actually, Yoon has no reason to resign, and he won’t resist if Moon forces him out. No matter what, we want a clear decision.