Danggeun Market, an online flea market, closes in on Coupang

Danggeun Market, an online flea market, closes in on Coupang 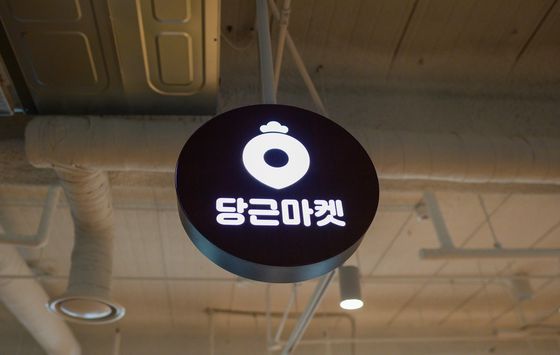 
Danggeun Market, a humble platform for secondhand goods, has 8 million registered users, closing in fast on Coupang, a market darling and putative unicorn with 13 million users.

More than 300,000 items are newly registered daily on Danggeun Market, which uses the name Karrot for its app.

Established in 2015, Danggeun Market links buyers and sellers based on their location. When users register, the app locates sellers within 6 kilometers (3.7 miles) of buyers. Most transactions are completed in person, and the Danggeun Market system is able to spot and block professional dealers and prevent inappropriate or unlawful transactions, such as the selling of alcohol to minors.

“At first, users may have felt the distance limit was inconvenient,” said Gwon Sun-u, a manager at Danggeun Market. “However, it actually makes listings easier to spot, and also encourages interactions among neighbors. Like how all people living nearby gather together when a flea market is opened, Danggeun Market plays an important role in building communities between neighbors.” 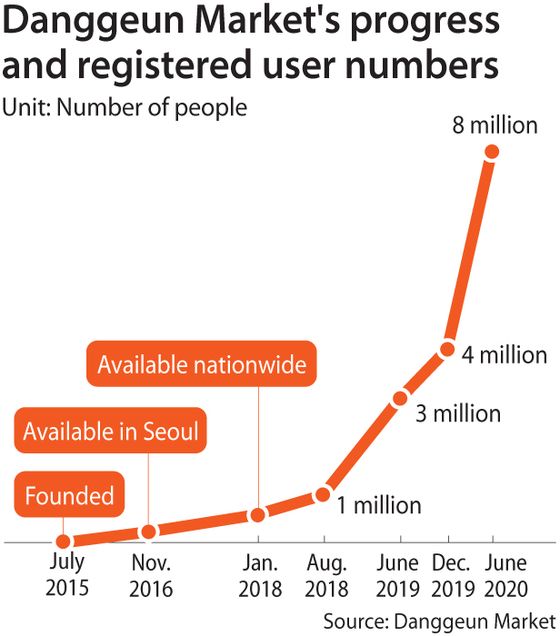 Danggeun Market users visit the Karrot app about 22 to 24 times a day. They spend about 3.16 hours per month on the app, which is about twice the time users spend on Joonggonara, another popular secondhand dealing site in Korea. About six out of 10 users of Danggeun Market are female, and those in their 30s or 40s account for about 38 percent of all users.

As Danggeun Market doesn't require any authentication certificates or credit card registration, because most of the transactions are made in person, middle-aged people who are still uncomfortable with mobile apps are able to easily access it. The number of users who are 45 or older has increased, reaching nearly 28 percent as of May.

Regarding customer complaints over the app’s distance limit, Danggeun Market has a clear answer.

“With a sharp increase in the number of users, they don’t experience any difficulties finding what they need,” said Choi. “As we aim to create a platform that is built on mutual trust among users, we plan to narrow the distance limit rather than widening it.”

“The most-searched keywords for users in three Gangnam districts — Gangnam, Seocho and Songpa — are global luxury brands such as Louis Vuitton and Chanel, while those for people in Jeju Island are 'camping' and 'fishing,'" added Gwon Hyeon-su, another manager at the company. “Like how products are very unique by region, we will try harder to develop Danggeun Market as a neighborhood marketplace app.”