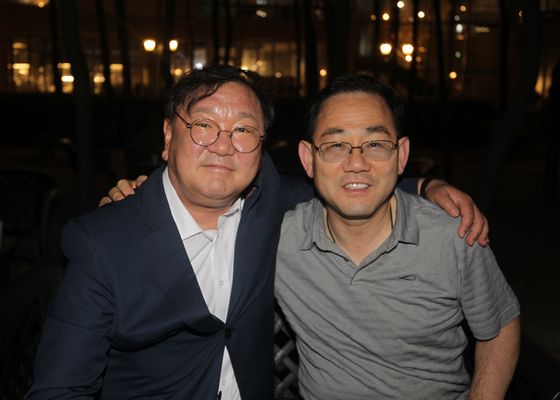 The floor leader of the main opposition party said Wednesday he will end a nine-day, self-imposed exile and return to the National Assembly to fight the “tyranny” of the Moon Jae-in administration and the ruling party.

“I will return to the National Assembly tomorrow,” Rep. Joo Ho-young, floor leader of the United Future Party (UFP), said in a Facebook message posted Wednesday afternoon. “From now on, I will fight against the tyranny of the Moon Jae-in administration and savagery of the ruling [Democratic Party].”

The UFP has been boycotting the legislature since the DP used its majority to form six key standing committees and elect their chairs on June 15.

The UFP is particularly upset with the DP for ending the venerable tradition that a senior lawmaker of the largest opposition party occupies the chair of the powerful Legislation and Judiciary Committee, the final gatekeeper of all bills before they are voted on.

In protest, Joo said he was stepping down from the floor leader post. He remained outside Seoul over the past nine days, rejecting the DP’s offer that the UFP could chair seven of the remaining 12 committees.

“They called it a negotiation, but it was a tyranny of the ruling party wielding its overwhelming majority,” Joo said about the broken talks between the two parties to form 18 standing committees. “With 103 seats, we had no way to stop them.”

Joo made clear that the UFP will not accept the DP’s offer to chair seven committees. “We are not fighting to win more committee chair posts,” he said. “The DP wants to use its majority, so we will let them. The people will hold the DP accountable for the expected failures for its high-handedness.”

Joo said he will ask the UFP lawmakers to hold a vote of confidence to decide whether they still want him as the floor leader.

Joo also said the UFP will scrutinize the government’s third supplementary budget bill, worth 3.5 trillion won ($2.9 billion), once its lawmakers will return to the legislature.

He also said the UFP will continue to push parliamentary investigations into DP Rep. Yoon Mee-hyang, who is suspected of misappropriating donations to help comfort women survivors, and the government’s North Korea policy.

On Tuesday, Rep. Kim Tae-nyeon, floor leader of the DP, paid a visit to Joo, who was staying at a temple in Gangwon Province, but their five-hour negotiation ended without any progress.

“Kim just requested that the UFP end boycott. There was no new proposal,” a UFP official quoted Joo as saying.