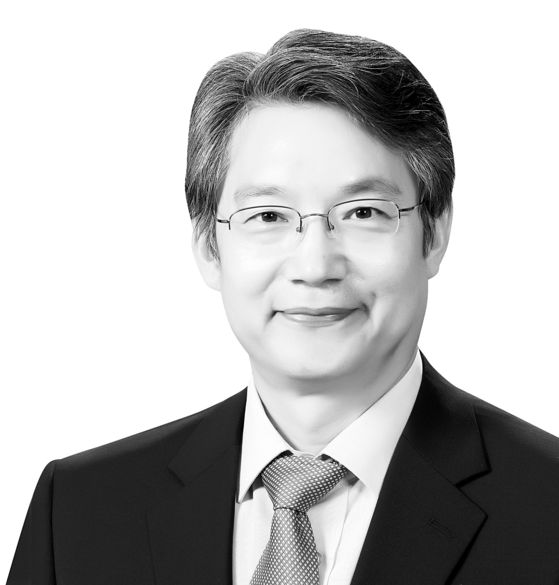 Some North Korea experts attribute the outburst to Pyongyang’s fury at the Moon Jae-in administration’s failure to block the dispatch of propaganda leaflets by North Korean defectors and its lack of determination to push for cross-border projects due to U.S. opposition. Is that the only reason for the North’s sudden belligerence? Actually, the same group of experts claimed that international sanctions would prove ineffective because North Korea has a strong domestic economy. All of a sudden, however, they have changed their tune and stressed the need for aid to North Korea as its economy is hard-hit by the sanctions. Can we really entrust the fate of the Korean Peninsula to them?

A dictator does not make policy decisions solely to vent his frustration. He knows his regime will not last long if he does so. For instance, Kim Jong-un suddenly turned to rapprochement and came to the negotiation table after he was cornered by international sanctions following several rounds of nuclear and ICBM tests. In a country lacking a systematic administration system, the dictator should deal with external changes in a flexible and cool-headed way. Only that way can he protect his life and remain in power. Then, what does Pyongyang want and what tactics will it use?

The appearance of ordinary citizens — like the chef of the restaurant — in the regime’s propaganda machine suggests a clue. The message — that even to the hoi polloi, South Korea did wrong things — hints that Pyongyang intended to provoke Seoul to gain sympathy from its own people and distract them from the Covid-19 outbreak and economic fallout.

After having slipped about 10 percent between 2017 and 2019, North Korea’s per capita income is expected to shrink by 5 percent or more this year if the pandemic lasts through December. That’s economic hardship half as bad as during the painful Arduous March period of the 1990s, or more than twice the pain South Korea experienced during the 1997-98 Asian financial crisis. In such difficult times, a capitalist system can alleviate pain through monetary and fiscal policies. Socialist North Korea, however, cannot afford them. The government cannot care for its people because of a critical lack of fiscal tools as in most capitalist societies. (It is even coercing the public to buy national bonds to fill its state coffers.)

In North Korea, the general population enjoyed better living conditions for some time after 2010 when the country’s mineral exports surged. But in the years that followed, more than 90 percent of its exports to China were slashed due to international sanctions, and now with the coronavirus, all import routes have been technically blocked, triggering food shortages. With less income, North Koreans are consuming corn instead of rice, raising concerns about a second Arduous March.

Kim had it all planned out from the start. Last year, Pyongyang threatened to “cross the line” if Washington does not come up with “a new method of calculation” by the end of that year. When the time came, however, North Korea could not cross the line because it did not know how China — its main lifeline – would react. Also, Kim must have thought that any madman-like action would drive a wedge in denuclearization talks. So he planned to start his “real game” after the U.S. presidential election in November by pretending that his economy was faring well. Then, Covid-19 came and ruined everything.

Kim Yo-jong tried to send a message to Washington by demolishing the inter-Korean liaison office. If North Korea had even the slightest hope in South Korea, it would not have detonated the hallmark of the Moon administration’s North Korea policy. Kim Jong-un was running out of time. He had tried to attract Washington’s attention through several provocations after the failed Hanoi summit, but U.S. President Donald Trump ignored him. The North could not risk making any graver provocation against the United States as doing so may hurt its economy more, which also would weaken its negotiating power. So Kim chose an easier target — South Korea. Pyongyang’s message to Washington was that if the United States does not come to the negotiation table with favorable conditions immediately after the U.S. election, America could end up in the same fate as South Korea.

North Korea wants to be recognized as a nuclear weapons state and to have all international sanctions lifted. The Moon administration must ditch its failed North Korea policy. South Korea can only thrive when an era of competence, not ideology, arrives.