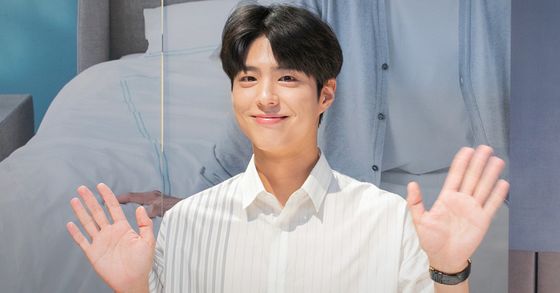 Park Bo-gum is to begin his mandatory military duty from Aug. 31, his agency Blossom Entertainment officially announced on Thursday. [NEWS1]


Actor Park Bo-gum is set to begin his mandatory military service from Aug. 31, his agency Blossom Entertainment announced on Thursday.


“Park applied for a naval military band and honor guard unit specializing in piano and was accepted,” the agency said. “Before he serves in the military, he will be wrapping up the shooting for his upcoming film 'Wonderland' and tvN drama series 'Recording Youth' [translated].”

The actor is to begin his service at the Navy Education and Training Command in Changwon, South Gyeongsang, for basic military training and then will transfer to the Navy headquarters in Gyeryong, South Chungcheong.

Although on hiatus, his fans will still be able to see Park in the upcoming science fiction blockbuster “Seo Bok” (translated), where he features as the world’ first human clone. Since the film “Coin Locker Girl” (2015), it’s the actor’s first lead role on the big screen. The sci-fi film is scheduled to be released in local theaters in the latter half of this year.

“Wonderland,” which is reported to be in production now, features a star-studded cast such as Bae Suzy, Tang Wei, Jung Yu-mi and Choi Woo-shik. Park portrays a character who’s in coma. The story is set in a magical wonderland where people can meet their loved ones who they have not seen for a long time.

The tvN drama series “Recording Youth” revolves around young people who do not give up on their dreams and love despite hardships. Park portrays a character who aspires to become an actor.