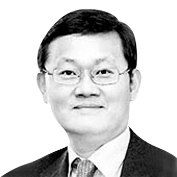 
As the Covid-19 pandemic rampages around the world, predictions are being made that a completely different world is ahead of us. Experts say the existing international order is collapsing, digitization is accelerating, healthcare and contactless industries are developing and work-from-home and online education are expanding. Behaviors of individuals and companies are changing, and political, economic, and social transformations are expected.

One of the important changes is the growing role of the state. As people go through the intertwined crises of the epidemic and economic slump, they want more protection from the state. People are less worried than before about the state interfering with privacy. As the size and role of the government grow, Covid-19 can offer a chance for a gigantic government to form.

From an economic perspective, it is expected that the role of the government will continue to grow. As the modern capitalist system pursues various goals, including economic growth, fair distribution and sustainable environments and markets, governments have been resolving challenges together. Since the 2008 global financial crisis, low growth and inequality became fixed, and as the concerns for climate change grow, a more active response is demanded by the government. Mass unemployment naturally emphasizes the role of the government to protect workers and companies. The trend for the government to increase supply of social services in healthcare, childcare, education, and housing and to reinforce social insurance for the risks of disaster and unemployment.

When companies and workers with low productivity are protected and market intervention expands during a crisis, vitality in the private sector could fall. Large government is more likely to be inefficient and corrupt. The East Asian countries and New Zealand, which have responded well to the Covid-19 crisis, have smaller governments than in Western Europe and South America.

Korea has higher educational and technological levels compared to South American countries. As its debt-to-GDP ratio is low, the possibility of going through a debt crisis is slim. But if fiscal spending grows when the growth rate is low, its debt-to-GDP ratio could quickly increase and cause a problem in fiscal sustainability.

Even before Covid-19, the growth rate of the Korean economy was declining due to decreasing population and productivity — and major industries were struggling. But the current government’s responses were not enough. Income-driven growth had more cons than pros. The newly advocating slogans of “fair economy” and “Korean New Deal” are also ambiguous and unproven.

Consulting firm McKinsey & Company argued in a report that each country could go onto a “new normal” that is better than before, or regress depending on what decisions it made during the crisis. The government’s role needs to be expanded to overcome the crisis. But in order for the economy to grow after the crisis, more effective roles and policies need to be ruminated rather than focusing on expanding the size of the government.

Most of all, economic reforms to enhance private investment and the technology level and create quality jobs are needed. Comprehensive economic planning and industrial policy on growth, jobs, and improved distribution should be drafted and implemented, and excessive market regulations should be lifted to vitalize the private sector.

At the same time, social welfare programs that permanently burden state finances should not grow too rapidly. It is too early to discuss the base incomes that will be needed when it becomes hard to create jobs due to automation. Discussions of tax and pension reforms for middle and long-term fiscal health are also necessary. If things go wrong, the economy could contract and only the government expand, causing a national debt crisis in the future.

As the size of the government grows, the function of oversight is important. I do not know what kind of monster a state with enormous power will become. A large government should not become incompetent, inefficient and unethical. As Korean society has intense polarization and confrontational spirit, more populist policies will appear when power is excessively concentrated. The role of the legislature, judiciary, media, and civic groups to check and watch the government has become more important than ever to prevent populism and keep government policies effective.