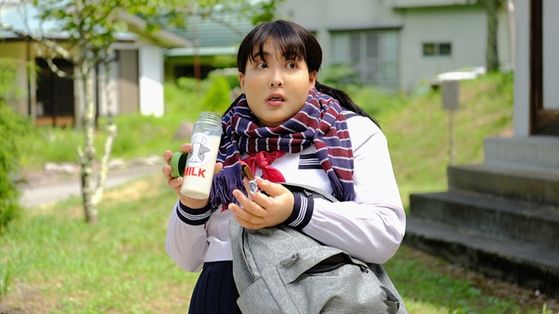 A teaser of the film, which is set to hit screens on July 2, was also released shortly after the still photographs.

For her upcoming lead role in the Japanese film directed by Miyawaki Ryo, Kang puts on a costume to transform into an overweight high school girl named Ayane. The film tells the story of Ayane, who gets her heart broken due to her looks, magically transforming after a car accident and falling in love with a celebrity, played by Japanese actor Kasakawa Takuya.

After leaving Kara in 2014, Kang began her acting career in Japan and has been traveling between the two countries. Recently, she’s been staying in Korea to film SBS drama series “Late Night Snack Man and Woman,” which is set to air late this year.