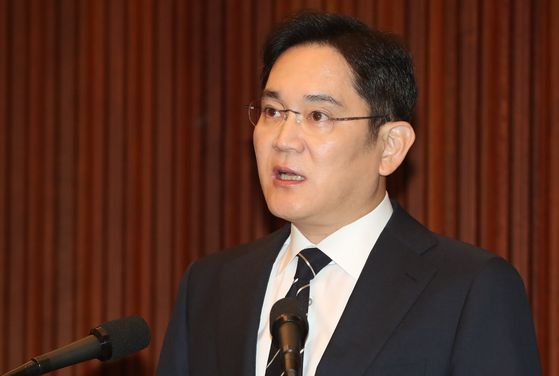 
A panel of outside experts advised against an indictment of Samsung leader Lee Jae-yong for his role in a controversial business merger in 2015.


After hours reviewing the validity of an ongoing criminal investigation into the tycoon, on Friday, the panel of experts recommended prosecutors call off their probe into Lee.

For the past 20 months, the Seoul Central District Prosecutors’ Office has been investigating Samsung Electronics Vice Chairman Lee and other top executives to determine whether they broke any laws during the controversial merger of Samsung C&T and Cheil Industries in 2015. The merger strengthened Lee's control over Korea's largest conglomerate after his father, Lee Kun-hee, was hospitalized in 2014 following a heart attack.

While the panel’s decision was not unanimous, an overwhelming majority voted that the prosecutors did not have sufficient grounds to continue the probe or eventually indict Lee.

The investigation review panel was supposed to have 15 outside experts, but only 14 participated in the deliberation on Friday, as Yang Chang-soo, a former Supreme Court justice, recused himself last week saying he had a potential conflict of interest.

Of the 14 experts, Hanyang University professor Kim Jae-bong was selected as acting chairman Friday morning. Because the chairman does not have a vote, the 13 remaining experts voted after hearing arguments by Lee’s lawyers and prosecutors.

The exact vote was not disclosed.

The panel’s conclusion is a recommendation and does not have to be followed by the Seoul Central District Prosecutors’ Office. But prosecutors have respected review panel decisions in each of the eight previous times the process was used.

The Seoul Central District Prosecutors’ Office said it will consider the recommendations and decide soon whether to indict Lee.

The panel started hearing arguments from prosecutors and defense lawyers at 10:30 a.m. in a conference room inside the Supreme Prosecutors’ Office building in southern Seoul. The recommendations were announced around 7:40 p.m. on Friday.

After being summoned for questioning twice in May, Lee filed a petition with the prosecution earlier this month saying he wanted an outside experts’ panel to review the validity of the probe.

The so-called investigation review system, introduced in 2018, is supposed to bring oversight to high-profile probes and examine the legitimacy of the criminal justice process. Many high-profile prosecutions in the past have been politically motivated.

When a suspect files a petition for an investigation review, the prosecution is required to convene a citizens’ committee to decide whether to allow it or not. The citizens' committees are modeled on the grand jury system in the United States.

On June 11, a citizens’ committee granted Lee’s petition and ordered the investigation review.

During the review on Friday, experts were given written reports by the prosecution and Lee’s defense. Prosecutors verbally presented their case in the morning and the defense in the afternoon. A question and answer session followed.

Lee did not attend the review on Friday.