Brothers in war and peace

Brothers in war and peace 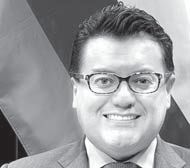 The author is Colombian ambassador to Korea.


Nowadays, when two people can make a video call from other sides of the planet; when you can access most of the information you could want on a small black screen in your hand; and when people can buy anything they want and have it delivered to their front doors; it’s easier to acknowledge and learn other’s countries cultures, manners and language.

But back in 1953, for Colombians, Korea was unimaginable. It was too far from our collective understanding of the world, which was focused on getting over the consequences of World War II and dealing with our domestic issues.

As world politics settled down and the gap between distant interests deepened, I would like to highlight that collaboration and cooperation rose as a powerful and unprecedented way for nations to face challenges. The United Nations and its multilateral approach became an utterly useful space to understand and shape the post-world, in which Colombia was eager to take part.

On July 28, 1950, when UN Secretary General Trygve Lie called for assistance for South Korea in the Korean War, Colombian President Laureano Gómez announced the participation of the Batallón Colombia, composed of 5,100 soldiers, and three vessels. Taking into account that my country was in one of its most violent periods, Gómez’s response was remarkable, and 211 Colombian soldiers gave their lives and 609 were wounded. 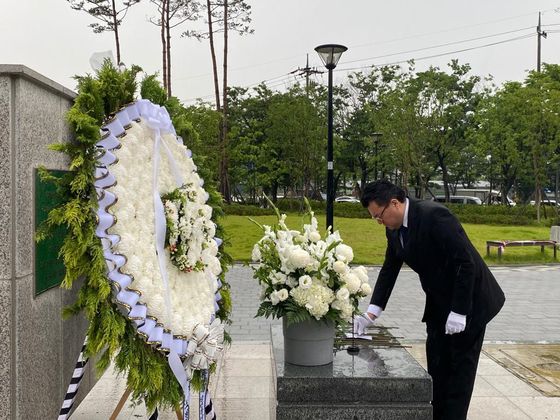 
This was the beginning of bilateral relations between Colombia and South Korea. Some people call it a blood-forged relationship or a brotherhood of blood. In my experience, I feel this relationship is special not only because Colombia was the only country from Latin America to respond to the call, but rather because of the way we have developed relations. Korea has become a loyal brother to Colombia, and the collaboration that we have received has been priceless. From the establishment of the Korea-Colombia Friendship Integral Rehabilitation Center for the treatment of injured military and police officials; to the recent and truly generous collaboration to contain and mitigate Covid- 19 in Colombia, the bonds of friendship among our countries have been dynamic and sincere.

Nowadays, bilateral relations between Colombia and Korea are at a high. In recent years, we have developed a truly dynamic high-level political agenda. For instance, in May 2019, former Korean Prime Minister Lee Nak-yon visited Colombia, which gave a new impetus to relations. As a result of that visit, we organized a Colombian Trade and Investment Mission to Korea led by our Ministry of Trade, Industry and Tourism, and in late 2019, Colombian Vice President Martha Lucía Ramírez visited Korea.

In my experience, I identify that the incredible development of South Korea, among other things, were based on pillars such as the development of key industries, high education and solidarity within society. I have to say that this has inspired the government of Colombia to transform and foster our relationship with Korea.

Colombian authorities are now working on identifying and merging a renewed bilateral agenda framed on three pillars: human capital and high education, implementing the fourth industrial revolution in Colombia and the entrepreneurship and creative industries. We are aiming to make the relation between our countries as broad and deep as possible.

To take a look 70 years in the past, to acknowledge the path that our countries have taken, to watch our achievements and to foresee our future fills me with pride and encourages me to keep bringing our peoples together, to work together and help each other, as we did in the past.