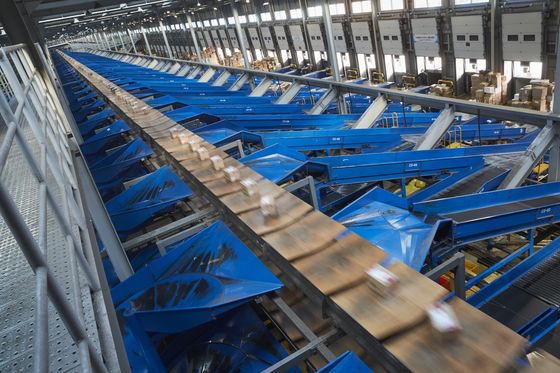 
The Covid-19 outbreak has changed Koreans' consumption patterns when it comes to dining, exercising and appearances, according to data released in a report by CJ Logistics on Sunday.

Based on orders delivered by the logistics company, the report's findings included the fact that customers spent less on skin makeup products, while purchasing more eye makeup and nail products as masks became part of the daily uniform.

Sales of foundation, concealers and powders in March and April fell by 18 percent on year, while sales of blushers, primers and makeup base declined by 8 percent. During the same period, sales of eyebrow products more than doubled, jumping by 103 percent, while mascara rose by 60 percent and nail products by 45 percent.

More people dining at home has prompted sales of meal kits, or pre-portioned ingredients, to skyrocket.

Tteokbokki, or spicy rice cakes, meal kits led the growth with a 282 percent increase in sales. Meal kits featuring gopchang and makchang, which refer to cow intestines in Korean, followed with 200 percent growth.

At the same time, people invested more in working out at home.

Happy Refresh Day! Unless you are waiting for a package