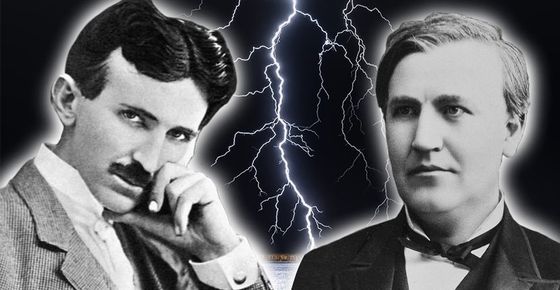 LEE DONG-HYUN
The author is the deputy head of the industry team of the JoongAng Ilbo.

The 2017 film “The Current War” is about the competition between two pioneers in modern electric technology — Thomas Edison (1847-1931) and Nikola Tesla (1856-1943) — over the method of transmitting electricity.

Edison, who believed in direct current, and Tesla, who advocated the efficiency of alternating current, engaged in a fierce battle. As Westinghouse, which chose alternating current, won the electricity business right for the Chicago World’s Fair in 1893, the competition ended with Tesla’s victory.

But Edison was a born businessman and lived a life as a millionaire with hundreds of patents, while Tesla, considered an eccentric scientist, was less fortunate in his later years. Often quoted for saying, “Failure is the mother of success,” Edison did not hesitate to make an electric chair for executions or conduct an experiment to electrocute and kill an elephant to publicize the dangers of Tesla’s alternating current.

The company founded by Edison lives on as General Electric (GE), a leading American company. Tesla invented X-rays before Roentgen and wireless communication before Marconi, but he did not secure patents properly and was not sociable. Edison and Tesla were both genius inventors, but their fates were crossed as Edison was good at business too.

Seventy years have passed, and the name Tesla is gaining recognition again. It is ironic that Elon Musk — who is considered as eccentric as Tesla yet has business acumen on par with Edison — named his electric vehicle company Tesla. Musk, who was treated as a swindler, has made Tesla’s name popular as the first mover in the electric vehicle era.

Tesla’s first name has become the name of another automaker — Nikola Motor Company — which is a hybrid truck start-up. When it was listed on Nasdaq earlier this month, it surpassed the market cap of Ford, one of the Big 3 in U.S. automobile industry.

Many predict that the 100-year history of internal combustion engine cars is ending and a future era in cars is beginning.

It is interesting that two companies named after the same person are competing over the standard of future vehicles, between hydrogen electric cars and full electric car. Who will be the winner of the second Current War?