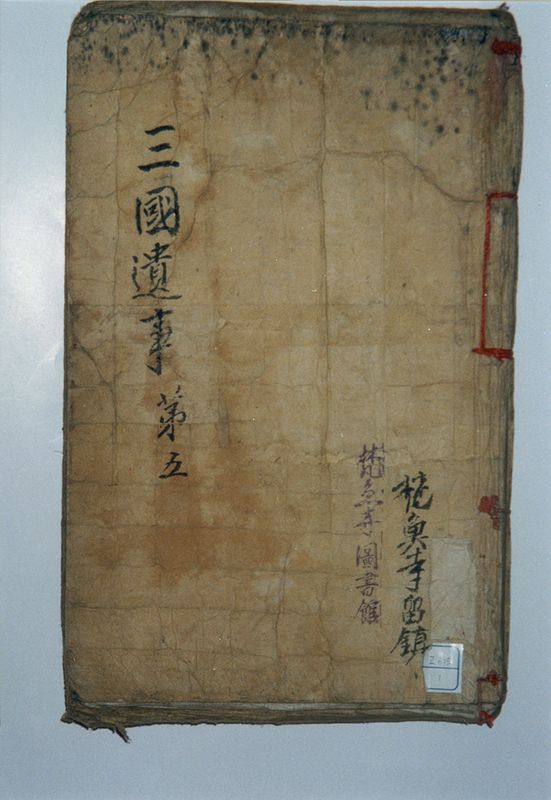 Volumes 4 and 5 of “Samguk Yusa,” or Memorabilia of the Three Kingdoms, compiled by Monk Iryeon in 1281, will soon be designated as a national treasure, announced the Cultural Heritage Administration on Monday.

These volumes are bound into one book, consisting of 59 pages and were designated as Treasure No. 419-3 in 2002.

"Samguk Yusa" is a collection of legends, folklore and historical accounts relating to the Three Kingdoms of Korea, as well as other periods during and after that period.

According to the administration, the volumes will be upgraded to national treasures as they are not only the earliest existing editions but are also “so surprisingly well-preserved that they even compensate for damaged and missing parts of the early editions.”

This will be the fourth set of the “Samguk Yusa” to be added to the national treasure list.

According to the ink inscription on the upper part of the first page, this book was acquired in 1907 by Monk Oh Seong-wol (1865-1943) and donated to Beomeo Temple in Busan, where he had served as the first chief monk.

While “Samguk Yusa” originally has a total of five volumes, the Beomeo Temple Edition only has two -- the fourth and fifth volumes.

Despite the incomplete edition, experts say the book has great historical and academic importance in that it is the only edition that can supplement pages 28 to 30 which are missing from the existing versions listed as national treasures. Because the book is so well-preserved, these volumes also provide guidance on correcting mistakes in the Jeongdeok Edition, according to the administration. 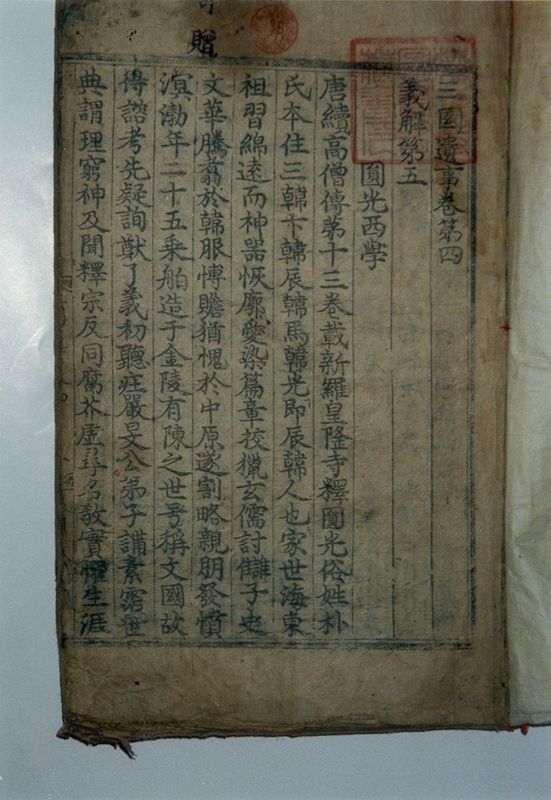 Meanwhile, the collection of codes and regulations of the Yuan Dynasty, "Jijungjogyok” series 1 to 12, 23 to 34, and architectural drawing collections of royal guards garrison Jangyongyeong headquarters will also be designated as treasures, announced the administration.

“Jijungjogyok,” completed in 1346, was discovered in 2003 in Gyeongju Yangdong Village along with around a thousand other pieces of cultural heritage. It is the only existing original law book of the Yuan Dynasty in the world, as the original version disappeared in China at the beginning of the Ming Dynasty. Based on the Cultural Properties Protection Law, foreign cultural assets that influenced the history of legislation and Korean culture can be designated as treasures or national treasures.

Originating from Jangyongwi, Jangyongyeong was created by King Jeongjo, the 22nd king of the Joseon Dynasty, in Hwaseong, Suwon, in 1793 to strengthen his kingship.

The architectural drawing collections drawn in 1799 and 1801 provide a detailed layout and information about the functions of the architecture which was dismantled in 1802 after Jeongjo’s death.