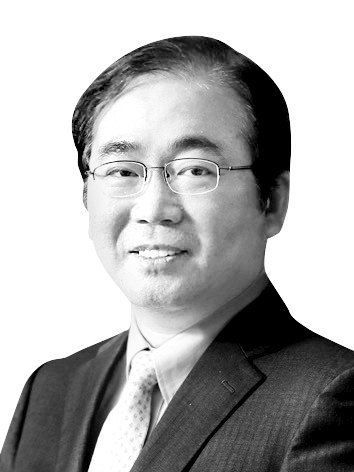 
North Korea truly lacks understanding of the outside world. That’s the alpha and omega of the modern history of the Korean Peninsula. Demolishing the inter-Korean liaison office in Kaesong, including property of South Korea, and the North Korean leader’s powerful sister Kim Yo-jong’s issuing of verbal threats to the South are all conduct against international norms.

Ahead of the 2018 U.S.-North Korea summit in Singapore, President Moon Jae-in told U.S. President Donald Trump in a phone conversation that “the Korean people are sending heartfelt wishes for a miraculous accomplishment.”

In his memoir, John Bolton, former White House National Security Advisor and a neoconservative, recalled that he felt near-death at the time. The good will of a pacifist is anathema to a hawk.

Moon has endured resistance and mockery from the conservatives at home and abroad. And yet, North Korea criticized him for having used shameless sophistry and acting obsequiously and submissively. Does Pyongyang really want Moon to shed tears of gratitude for North Korean leader Kim Jong-un’s recent order to withhold military action?

After the second U.S.-North Korea summit in Hanoi, Vietnam, fell apart in February 2019, a Chinese official in charge of managing contacts with North Korea in Beijing said a North Korean official in Hanoi had wailed bitterly. North Korea must put aside its emotions and think about why things have gone so wrong. Kim nearly fooled Trump, but could not cheat the United States, Bolton said.

Bolton contacted Vice President Mike Pence and White House officials on their way to Hanoi and made sure that Trump wouldn’t adopt an agreement drafted by Special Representative for North Korea Stephen Biegun. Bolton even played a video of Ronald Reagan walking out of his 1986 summit in Reykjavík, Iceland, with Mikhail Gorbachev, General Secretary of the Communist Party of the Soviet Union at the time.

Japanese Prime Minister Shinzo Abe also advised Trump to not make too many concessions to North Korea. Bolton and Abe turned out to be allies. The two Koreas were naive enough to plan to celebrate peace on the peninsula.

North Korea sent a strong signal to the South to leave its alliance with the U.S. and lead efforts to lift sanctions. But Pyongyang’s actions boomeranged. Most South Koreans believe their goodwill was insulted. About 90 percent do not trust the North’s promise of denuclearization. About 90 percent supported the South-U.S. alliance and 85 percent wanted the U.S. Forces to stay in South Korea, according to a survey announced by the Korea Institute of National Unification last week. The North’s reckless actions minimized the room for the doves in the South to maneuver.

Although 17.4 billion won ($14.5 million) was spent to build the inter-Korean office, no one is holding North Korea accountable. The Korean people’s sense of humiliation does not bode well for the Moon administration’s reconciliation policy toward North Korea.

The Roh Tae-woo administration’s northern policy was a successful diplomatic model. His government established diplomatic relations with 10 Communist nations, including China and Russia. What if we helped Pyongyang to form diplomatic ties with Washington and Tokyo? The capitalism and interdependence of the West could have helped raise the flexibility of the North Korean regime.

Last week, Kim Jong-hui, a former presidential secretary for foreign affairs and national security in the Roh Tae-woo government, said that Roh had made sure that North Korea did not talk to the United States and Japan, as it would hinder inter-Korean talks. “Shin Kanemaru, former vice president of the Liberal Democratic Party of Japan, visited North Korea with Foreign Ministry officials [in 1990] to normalize ties and then visited the Blue House,” Kim said. “At the time, Roh flatly opposed North-Japan dialogue. Kanemaru replied that the plan would be scrapped.”

In 1971, presidential candidate Kim Dae-jung first presented the idea of paving the way for permanent peace through the two Koreas’ cross recognition. Later, the idea was included in President Park Chung Hee’s June 23 Declaration in 1973. The path, however, did not open. After feeling betrayed by China and Russia for their normalization of relations South Korea — and facing obstacles to approach the United States and Japan — North Korea invested all its resources into developing nuclear weapons. This is the irony of the success in South Korea’s northern policy.

The window of opportunity is still open. North Korea must have an honest dialogue with America. The Moon administration also must work more closely with its ally.

As the Korean Peninsula is a lesser factor in the U.S.-China war for dominance, we should not lower our guard. After preliminary talks for the historic June 15 inter-Korean summit in 2000, President Kim Dae-jung ordered his key aide, Park Jie-won, to explain the discussions to the United States. At the time, Kim said, “Tell them everything, including the sounds of breaths.”

The Reykjavík summit was a failure. Based on this failure, leaders of the United States and Soviet Union managed to produce a disarmament agreement a year later.

Moon must say to Kim, “You cannot move the United States and address North Korea’s economic crisis unless you give up nuclear arms.” When the two Koreas squarely face reality, the deadlock will be resolved.