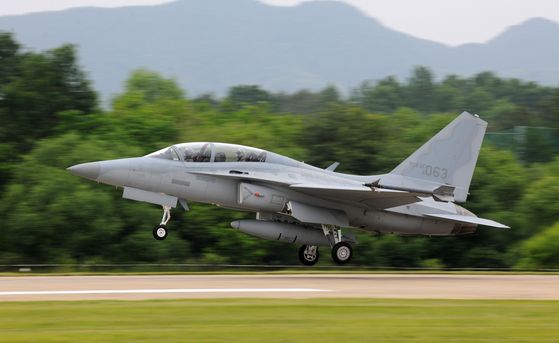 KAI, Korea’s sole aircraft manufacturer, announced on Tuesday that it will be supplying 20 trainer jets at 688.3 billion won ($575 million).

“T-50 aircraft and modified versions, which have been used in Korea’s air force since 2005, have proved efficiency for high-level training,” said KAI in a statement. The company “will supply zero-defect quality aircraft to be used for training the best pilots.”

KAI said the latest deal could help the aircraft manufacturing industry, which has been hit hard by Covid-19, maintain employment.

KAI exported T-50 aircraft and modified versions, which includes the TA-50, to countries including Indonesia, the Philippines, Iraq and Thailand. It plans to develop an export package with technological support and education training for exports to key countries in Southeast Asia and Central and South America.