Akuodigital wants to digitize all of your documents

Akuodigital wants to digitize all of your documents 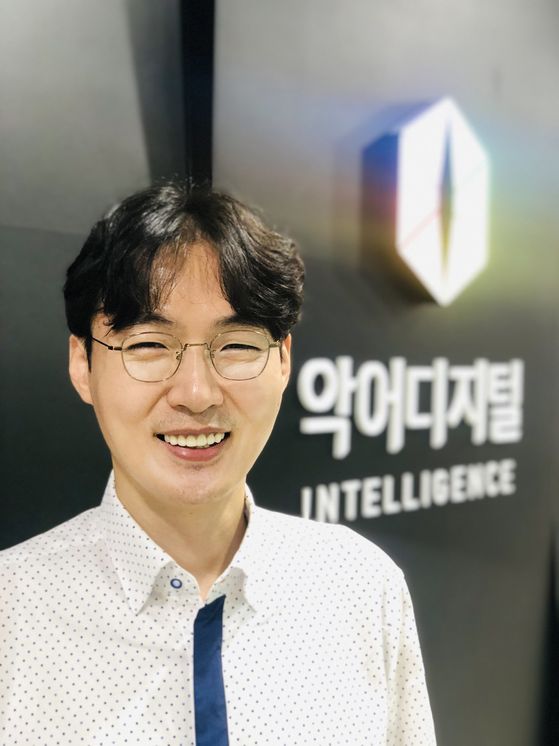 
Kim Yong-seop, CEO of Akuodigital, is optimistic about his company’s growth prospects now that digital documents have the same legal force as paper documents.

“As institutions and companies apply different interpretations whether electronic documents are legally enforceable or not, it took us a lot of time and money persuading the customers,” Kim told the JoongAng Ilbo on June 24. “That process won’t be necessary any more.”

Even in the digital era, where more information is being stored electronically, over 12 billion sheets of paper are still being used every year in Korea. One of the reasons Korea consumed so much paper was the lack of legal validity for electronic documents.

The government recently revised the Framework Act on Electronic Documents and Transactions requiring digital documents to be enforced and treated the same as paper documents. The updated law is effective June 9.

Kim was a developer specializing in security while he was working for SecureSoft, his first employer. Starting 2014, he worked for AhnLab, an antivirus software company, for four years and then moved to Naver.

While working at Naver for seven years, Kim always dreamed of establishing his own business. Reading helped him formulate his business plan. When he was working at Naver Japan, a job that required frequent travel, he scanned books to carry them. As this was when tablet PCs were first introduced, e-books were not in widespread use yet. Eventually in 2014, Kim left Naver and established Akuodigital with 150 million won ($120,000) of initial capital.


Akuodigital owns optical character recognition (OCR) technology that can convert typed, printed or handwritten letters or characters into machine-encoded text or something that computers can manipulate. The technology can recognize the input accurately, including imprecisely drawn letters or characters, that were written years ago. Its OCR engine is about 99 percent accurate, according to the company.

Last year, Akuodigital converted nearly 120 million paper documents into electronic versions. Its major clients include public sector entities, such as the Presidential Archives, the Board of Audit and Inspection, the Prosecution Service, the National Assembly Library, and private companies, such as Samsung BioLogics and Samsung SDS.

“Although there are many other competitors that provide scanning services or own OCR technologies, Akuodigital is the only company that possesses integrated technology and related know-how,” Kim said. “We try to reduce error variance using two self-developed artificial neural networks.”

“Unlike the English alphabet of 26 letters, there are 2,540 basic possible combinations using the Korean hangul alphabet. In order to decipher them, having a variety of experience is essential," he added.

Based on the six years of experience digitizing documents of over 300 companies, Akuodigital can now easily handle jobs involving the reading of ancient Chinese characters, as well as records that were written during the 1940-45 Japanese colonization of Korea.

Akuo, the name of the company, means “crocodile” in Korean. According to Kim, when he named the company, he thought of how crocodiles minimize movements to capture prey and their strong instinct to survive in severe weather conditions.

The turning point for Akuodigital came in 2018. After the acquisition of Document Guard, a company that provides storage and information management services, Akuodigital secured many public sector contracts. The company recently adopted Robotic Process Automation (RPA) technology — essentially a robot, but in software form — that is designed to reduce the burden of repetitive and simple tasks.

Akuodigital's sales skyrocketed from 500 million won in 2017 to 8.9 billion won last year. During the same period, its total assets reached 17 billion won, more than a hundredfold increase from 2017. According to Kim, sales are estimated to come in at around 10 billion won this year and 20 billion won next year.

In 2017, Akuodigital established a presence in Koto Ward, Tokyo. With a 200-pyeong (7,117-square foot) office in Japan, the company plans to expand its business in the country as soon as the coronavirus pandemic settles down.

“Our next goal is to become Asia’s largest and best tech company specializing in document digitization beyond Google and Naver,” Kim said.