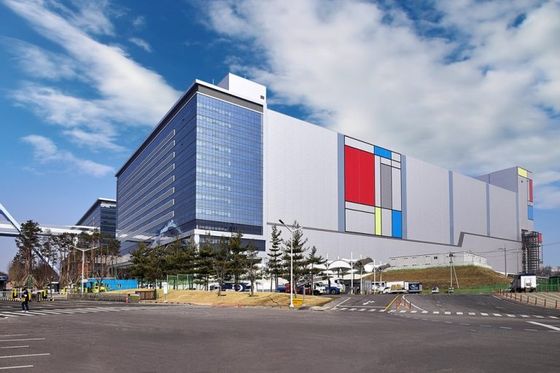 
Japanese suppliers of key tech materials restricted by Tokyo are adding production lines in Korea, an unexpected twist in the trade row that started a year ago.

Industry insiders believe the move is intended to better serve Samsung Electronics as the chipmaker expands the use of EUV-based lithography for chipmaking and eventually in the development of dynamic random-access memory (DRAM) chips.

TOK Advanced Materials declined to comment on the issue.

No Korean company is capable of manufacturing the EUV photoresist used to form circuit patterns on chips or prevent adhesion failures and other defects in the semiconductor fabrication process.

“As Samsung Electronics decided to adopt the EUV processing both for memory and non-memory sectors, it would have to order EUV photoresists in large quantities,” a source in the semiconductor industry said.

“This is why TOK is increasing its production in Korea to keep its major client,” the source said.

U.S. chemical giant DuPont also announced in January that it would invest $28 million between 2020 and 2021 to develop and produce EUV photoresists in Korea.

TOK Advanced Materials sometimes manufactured photoresists in small quantities before the restrictions. The industry source said the export controls led into its increasing of production in Korea.

Taiyo Holdings, a leading supplier of solder resists, announced a 16.8-billion-won ($ 14 million) investment plan for Dangjin, South Chungcheong, in May.

Under the plan, the Japanese company will establish a joint venture with its Korean branch, Taiyo Ink, to manufacture dry film photoresists.