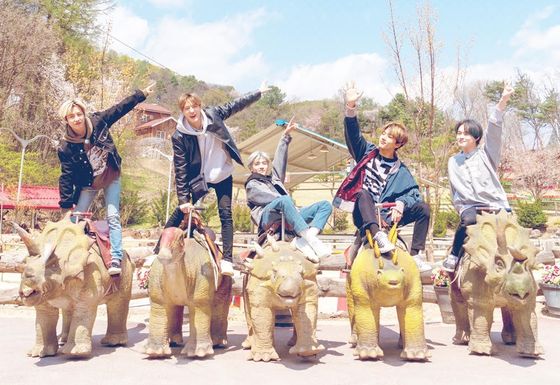 Big Bang, Winner, Twice, I.O.I and Wanna One — while they all debuted at different times under different management companies with different concepts, they have one thing in common — idol reality shows.

Each of these groups debuted through these so-called idol reality shows on television, where they shared their day-to-day schedule with the audience from the minute they began their training to the final round and successful debut.

“Idol reality shows” are still a popular format for the creation of K-pop bands, but contrary to the past when these programs were used to attract new fans, they are now used to provide content for dedicated fans to enjoy through online platforms, especially during the coronavirus pandemic when face-to-face communication is limited. 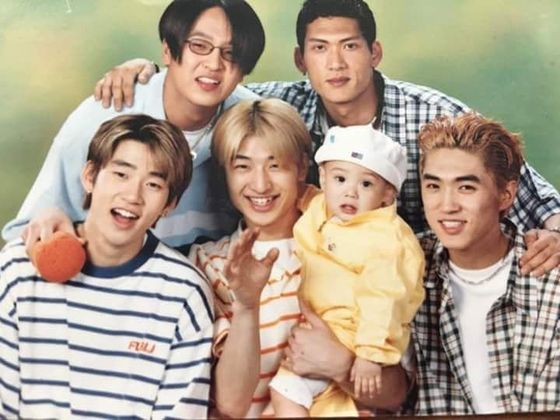 
The idea of these programs is that idol bands show their “real” lives on camera. The themes of the shows are as varied as the range of bands featured on them, from audition programs where trainees compete for their final slot to traveling around with the band’s members or even family members.

The history of such shows goes back 20 years when members of boy band g.o.d took care of a little boy called Jae-min for a show called “g.o.d’s Baby Book” from 2000 to 2001, showing their life off the stage and offering an insight into their real lives.

As was the case for all K-pop related content during the 2000s to the early 2010s, idol reality shows were featured on major TV channels such as KBS, MBC and SBS, or on music channels Mnet or MTV Korea.

While many formats co-existed, earlier shows, like “Girls Go To School” (2007) featuring Girls’ Generation or “Wild Bunny” featuring boy band 2PM that focused on showing the behind-the-scenes lives of the members, were the most common, and it was even said that a group that didn’t have its own TV reality show was not top-tier. 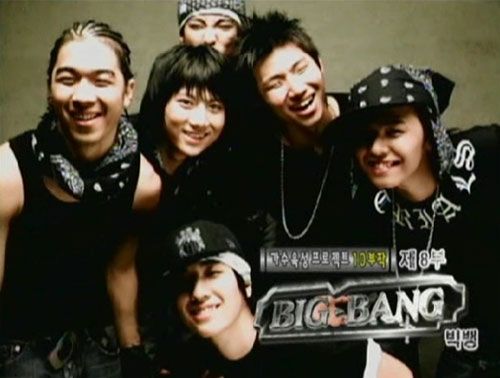 Since the success of that show, multiple bands revealed their pre-debut stories to draw in new fans and some even have viewers vote for their favorites, such as boy bands 2AM, 2PM, Winner, iKON, Monsta X and Stray Kids, and girl groups Kara, Twice and Momoland.

Then came the notorious “Produce” series by Mnet, wherein trainees from different agencies — or even those without — came together for an all-new competition program, vying for a spot in a final project group to be produced and managed by entertainment conglomerate CJ ENM.

Although its last two seasons in 2018 and 2019 were disgraced by a vote-rigging scandal committed by the program’s producers, the first two seasons birthed girl group I.O.I and boy band Wanna One, and even had people with no interest in the K-pop genre talking about the program.

Because of the loss of trust with the audition format and the fact that K-pop acts have been deprived of their chance to meet with fans in person due to the coronavirus, bands have turned to online reality shows for a breakthrough.


Online idol reality shows have already been around since the late 2010s, but most programs chose to broadcast on both TV and online, such as boy band Astro’s “Astro Project” which aired on MBC Music and Naver V Live in 2016 and “Code Name is Ateez” which aired on Mnet and Naver TV in 2018.

In April 2018, iKON aired its “iKON TV” series on YouTube and Naver V Live first, and then on JTBC two and a half hours later on the same day.

In March 2019, Exo’s “Heart 4 U” was one of the first idol reality shows to completely break free from the television platform and only release its episodes through Naver V Live and Naver TV.

This year, the list of K-pop acts taking to the screen through online reality shows is more extensive than ever.

Girl group Blackpink, who is currently storming both local and overseas music charts with its latest release “How You Like That,” will reveal the first episode of its reality show “24/7 with Blackpink” on Saturday through YouTube, where the members will show “their most natural sides outside of the stage” according to the agency YG Entertainment. Its former reality show “Blackpink House” (2018) was also aired through Naver V Live, YouTube and cable channel JTBC2.

The first subunit of girl group Red Velvet with members Irene and Seulgi will also air the first episode of its first reality show on July 8. Red Velvet has previously had three seasons of its show “Level Up Project” on over-the-top (OTT) service Wavve and channel XtvN, but the upcoming series featuring the two members will only be available on Wavve. It follows how the two formed the duo and worked on their new release, as well as how they spend their free time together. 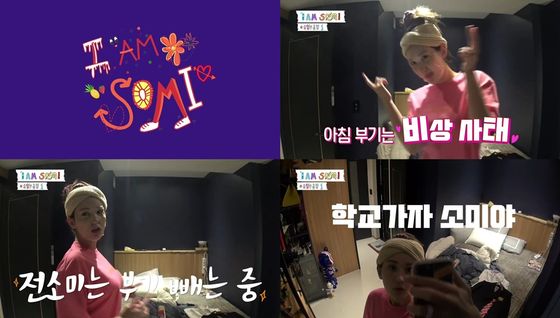 
According to industry insiders, online platforms are a much easier option compared to having a television channel involved in the process, as things like deciding when to release the episodes or how long each episode will be do not have to be restricted to the rigid television schedule.

Online platforms have also become more widely used than before, meaning their influence and audience range has grown much bigger.

“There are many reasons to choose online platforms rather than TV channels,” said a producer of an online reality series, who wished to remain anonymous. “In the past, TV channels were the one and only option for us. Then online platforms became an additional option, and it’s finally taken over as the more preferable option. It’s more flexible not only in the initial planning stages, but also after the content has been posted to export to overseas platforms. Plus, audiences can log on from different countries much easier, which means more exposure for us all.”

The reason so many shows are premiering this year is also based on a similar idea, according to a insider at an entertainment agency, who also wished to remain anonymous. Not having to compete with bigger bands for a limited time slot on television has allowed smaller bands to get their own shows.

“The most important thing is that as management companies, we need to get our hands on ways to keep our artists communicating with the fans in all ways we can despite the coronavirus,” said the insider. ”And reality shows are very effective because it’s less burden for the stars than other official TV appearances, but still popular among fans because they get to see the stars outside of their official TV-modes."