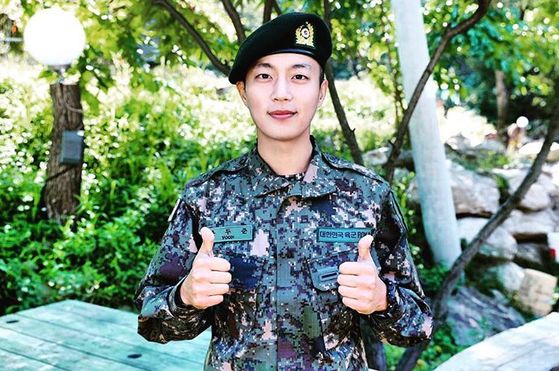 
Yoon Doo-joon, a leader of boy group Highlight, confirms that he will release his first solo album on July 27, according to his agency Around Us Entertainment Monday.

Prior to giving out the exact date of the album release, the idol star went on a live streaming on Saturday and shared rough information about what the vibe of the album is going to be.

“The album may not directly deliver the warm words to console people, but I wanted the album to be a medium to tell people that the worries and thoughts you have right now aren’t something only you have,” said the singer, explaining his attempt to sympathize with many going through hardships in their life.

Yoon, since he debuted in 2009 as part of group Beast which later turned its name with the change of an agency, has been active in other entertainment scenes by taking parts in TV dramas, movies and other shows to show the charms he had not been able to show on stage.

The singer’s first step taken as a solo singer brings out much anticipation from his fans. Yoon, who was discharged from his mandatory military service in April has continuously on a variety of entertainment shows as well as online live chats to have a talk with his fans.