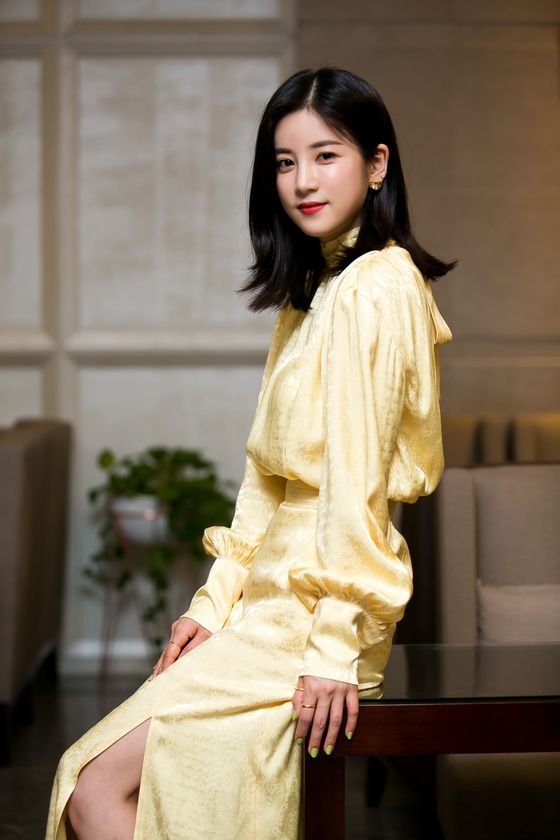 
The leader of long-running girl group Apink, Park Cho-rong, is on the brink of making her big-screen debut with the movie “Road Family,” and she hopes to familiarize herself with the audience as an actor as much as she has as a singer.

While Apink is still very much part of her life, a group which has done the unimaginable and stayed intact for almost a decade without any discords or falling outs, Park is hoping to secure her stance as an actor in her 30s. (Park turns 30 next March.)

“I guess I have been playing similar roles with similar personalities — [including Yu-ri in ‘Road Family’] my characters have usually been a bit down and calm,” Park said in a press interview last week at a cafe in Samcheong-dong, central Seoul. “But I don’t think I have really imprinted [on the audience] as any kind of character, including a serious or calm one. So I want to play a similar character one more time, but one where I can really make an impact, before moving on to try different roles.”

In the film Park features as Yu-ri, a high school student who initially starts playing violin because it is something that she likes, but after a while loses interest.

To live up to her father’s expectations, however, she drags on. She is secretly being cast out by her peers, while she fails to communicate with her father, who is doing everything he possibly can to make ends meet so that his daughter can continue playing violin. 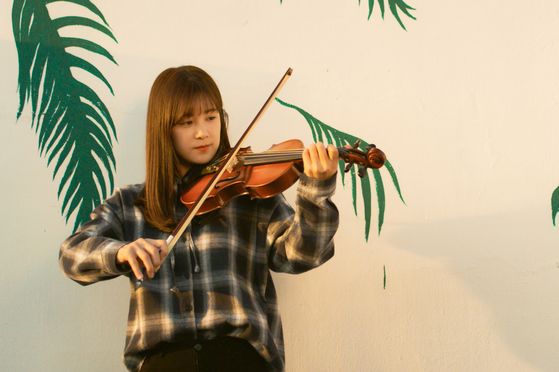 Park's character Yu-ri is a high school student who has lost her passion for playing the violin. [STORM PICTURES KOREA]


Shy and timid, Yu-ri longs for a friend to keep her company, which is why she almost immediately hits it off with homeless Da-hye whom she meets in an abandoned motel building.

Da-hye introduces her to other homeless people whom she stays with, a group which calls themselves “family.”

“I think, as a family, it’s important to sympathize and be supportive of what I do,” Park answered when asked how she defines a family. “I believe that’s what real family means. In this unsettling world we need a safe haven which I think all of us direly lack nowadays, and when I read the script, I could see that Da-hye, Yu-ri and rest of the homeless family were desperate for that.”

Like Yu-ri, Park said that she has two families of her own.

“Apink and my real family,” Park said, “Being able to call the group my family makes me feel really lucky. It’s not easy to find a friend, or a group of friends whom I can rely on and trust [completely].” 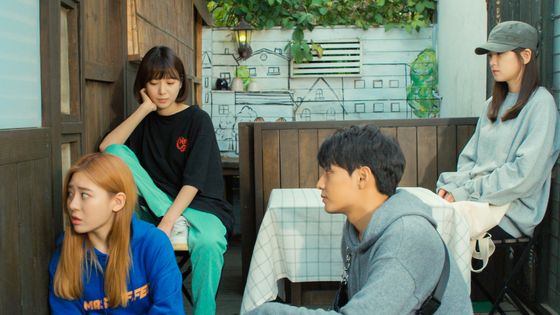 Yu-ri finds another family that's there for her during times when her father is not. [STORM PICTURES KOREA]


The singer-turned-actor said that she could relate to Yu-ri because they were similar in more ways than one.

“When I get stressed out, I tend to keep it all in rather than relying on others,” Park said. “Although Yu-ri is affected by her surroundings later on in the story, at the beginning she, too, tries to remain undisturbed although her classmates bully her. But I think Yu-ri is more decisive when it comes down to it. I don’t think I can be as bold as her.”

However, the actor has discovered ways to vent her feelings: through Apink and acting.

“I thought I was okay,” she said. “I guess I was clumsy at expressing myself when I was younger, but I honestly thought it was better to keep it to myself. But I slowly began to talk to the members and realized how comforting it was just to have someone listen to me. Like how Yu-ri opened up to Da-hye, that’s how I got close with the members.

“Acting is another way I found [to express my emotions],” Park continued. “I do think that I used to draw a line and had this obsessive-compulsiveness to restrain myself because I didn’t want to feel any guilt if I did cross that line. But as for acting, I can freely express whatever I want to feel, which is one of the attractions of acting. I think that I needed to learn that. Where else can I have a chance to be this angry and convey exactly how I feel? In acting, I need to express even more than what I feel [in order for it to show on the screen].”

Now approaching her 30s, Park looks back at her 20s “without any regrets.”

“Now in my 30s, in a way I’m breaking away a little from Apink and starting anew — not as a group but by myself,” Park said, hinting that the public might see her more on the screen than on stage. “No matter what kind of drama series or films I come across, I want to manage it responsibly as I did with Apink.”

When asked where she sees herself in the next decade, Park gave a little smile.

“I guess I’ll still be grappling with my endless number of worries,” Park said. “But since I have to live in the present, I hope I can concentrate more on my todays — not just on my acting, but on my life. I hope I can become more assertive and expressive. In my 40s I believe I might be living a more carefree life.”