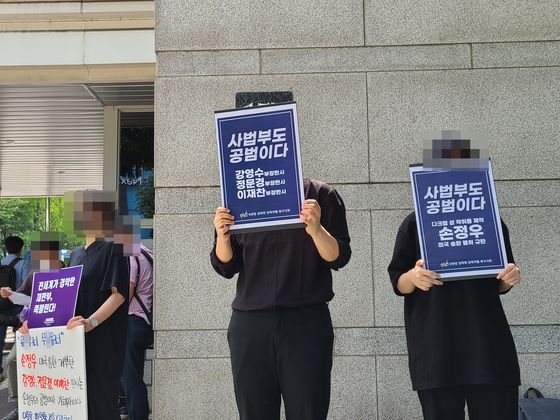 Activists protest the Seoul High Court's decision to turn down a U.S. extradition request for Son Jong-woo, the operator of one of the biggest child pornography websites on the internet. [YONHAP]

“We are disappointed by the court's denial of extradition in this case against one of the most dangerous child sexual exploitation offenders in the world, whose actions deeply impacted citizens of the United States,” said acting U.S. Attorney for the District of Columbia Michael Sherwin.

The United States appreciated efforts by the Korean Ministry of Justice, Sherwin added, stressing the two countries will continue to work to “combat online transnational crime that harms children, who are among the most vulnerable members of our population.”

Son, the operator of the website “Welcome to Video,” was released on Monday after the Seoul High Court turned down the extradition request, as he had served an 18-month sentence handed down by a local court for the possession and distribution of child pornography.

According to the U.S. Justice Department at the time of Son’s arrest, “Welcome to Video” was the “largest child sexual exploitation market by volume of content," containing over 250,000 sexually explicit videos of minors, some of who were toddlers.

The court stressed that its decision to turn down extradition did not mean it was handing Son a pardon for his crimes, but added it could not extradite Son because his presence in Korea was necessary to continue a criminal investigation into his case.

On social media, people slammed the court for allowing Son to walk free after only a year and a half when some of the Americans convicted for downloading material he distributed received between five to 15 years of prison in the United States. 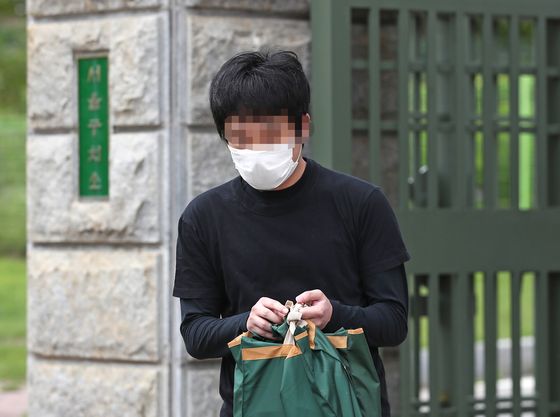 Convicted child pornography distributor Son Jong-woo is released from the Seoul Penitentiary Monday afternoon after a local court released him following its denial of an extradition request from the United States. [YONHAP]


A Blue House petition calling for Judge Kang Young-soo, the presiding judge in Song’s extradition case, to be removed from consideration for a seat on the Supreme Court garnered over 400,000 signatures as of Wednesday, testifying to the public's discontentment with the decision.

Responding to public pressure, Rep. Song Young-gil of the ruling Democratic Party (DP) introduced a bill revising the existing extradition law to allow an appeal for court rulings on extradition. According to Rep. Song, if his bill passes, it will allow the U.S. extradition request for Son to be reviewed again by the Supreme Court.

Tuesday’s decision also reignited debate into local courts’ tendencies to dole out light sentences for serious crimes, a matter that was raised in light of the notorious “Nth room” digital sex crimes that surfaced earlier this year.

Suspects in the Nth room case are accused of blackmailing an estimated hundred victims into providing sexually explicit content and degrading photographs and videos of themselves, which were then sold to people in chat rooms on the Telegram messaging app.

In May, the National Assembly and government moved to make major changes to the law to crack down on the growing plague of digital sex crimes, toughening punishments for those convicted of manufacturing, distributing and acquiring illegal pornography exploiting minors.