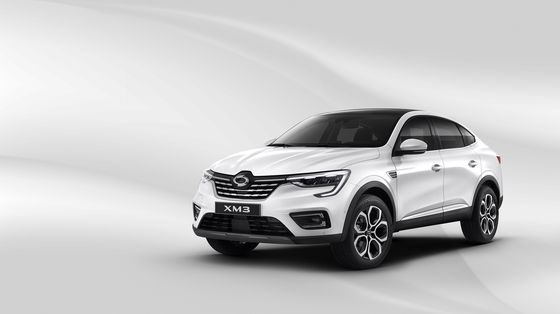 The vehicle is one of the most popular compact SUVs in Korea despite having launched in an already-competitive segment last March.

The first batch of 83 XM3 SUVs will leave Renault Samsung’s Busan factory on July 25, the company said Thursday. They will be showcased at stores in Chile and used for customer test drives. An additional 57 will be sent to the country by the end of the year.

The XM3 became the best-selling model in the B-segment SUV category just two months after its release. More than 5,000 models were sold each month, bringing the January-June total to 22,252 units.

Renault Samsung’s hope is that the XM3’s domestic popularity continues overseas, filling a void created by the expiration of a production contract for Nissan’s crossover, Rogue.

From 2014 to March 2020, the Korean automaker was assigned by its French parent company to manufacture the Rogue SUV at its Busan manufacturing base and export it overseas. The Rogue was responsible for more than 70 percent of exports from the production base last year.

As the Korean automaker was not assigned a new order contract from its global parent company, the XM3 is its best bet at the moment to restore overseas sales figures.

“We have high expectations for the XM3 to become our next big export model after the Nissan Rogue,” said Lee Hae-jin, the company’s executive managing director. “The model had a successful launch in the domestic market. We’ll do our best to extend the popularity overseas.”