Virus hurts shipbuilders, but there's hope on the horizon

Virus hurts shipbuilders, but there's hope on the horizon 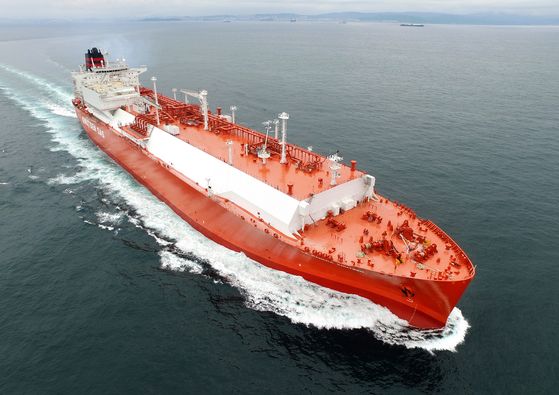 
The Korean shipbuilding industry sailed into a storm during the first half of 2020 as the Covid-19 pandemic caused demand for ships to plummet.

Korean shipbuilders won a total of 37 orders over the January-June period, according to Clarksons Research, a market researcher for the shipbuilding industry. This is equivalent to merely 40 percent of the 92 orders received in the first half of 2019, and a quarter of the 150 ships ordered during the same period in 2018.

This year's result, however, is slightly better than the first half of 2016, when the country was going through a recession — only 30 ship orders were ordered then.

Clarksons Research data also showed that global ship orders totaled 269 units, or 5.75 million compensated gross tonnage (CGT), in the first half of this year. This is equivalent to 42 percent of last year's record during the same period.

The volume of global ship orders was 25 percent less than the January-June period in 2016, when the figure dipped to its lowest point since 2010.

The top three Korean shipbuilders struggled during this period.

These results, offered by the individual companies, slightly differ from Clarksons Research due to different counting standards.

Korea charged a higher price per vessel than China.

The average price per vessel for orders placed with Korean companies was $82 million, 60 percent higher than China's $47 million per vessel. However, based on yearly comparisons, the contract price of ships for Korea was 20 percent down from last year's average of $101 million. The cut is attributable to the absence of liquefied natural gas (LNG) carrier orders, which are highly profitable.

But sluggish LNG carrier sales are set to improve since the three major Korean shipbuilders inked a 23.6-trillion-won deal with a Qatar-based petroleum company in June to deliver 100 LNG carriers through 2027.


“Global energy corporations have postponed placing orders of LNG vessels as they did their other investment decisions, due to the coronavirus pandemic — leading to sluggish ship sales,” said Choi Jin-myung, an analyst at NH Investment & Securities.

However, Choi projected that orders will keep coming in the year's second half.

“Despite the pandemic, Qatar and Mozambique have launched LNG projects, judging that Covid-19 had a limited influence over the gas shipping market,” Choi said. “During the latter half of the year, projects will begin in Russia as well.”