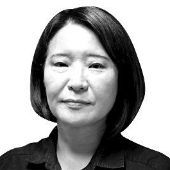 Lee Eun-ju
The author is a professor of social work at the State University of New York at Albany and a visiting professor at Ewha University.


A series of cases involving child abuse and death at the hands of parents have rocked the country. Many people are shocked and angry at the unimaginable cruelty. Here, there is a movement to revise Article 915 of the Civil Law, which stipulates that the person with parental rights can take disciplinary actions as necessary to protect or educate their children. As some parents equate this right under the civil law to corporal punishment, it often leads to child abuse, and the argument is to eliminate the parental right to discipline the child to prevent child abuse. In recent cases of child abuse and death, the parents pleaded that they punished the children for disciplinary reasons.

I am a scholar who teaches and researches child welfare in the United States. I support the revision in Korea and believe that the disciplinary right needs to be removed, and a clause banning corporal punishment should be added. Corporal punishment has no long-term effect in correcting the behavior of children. Children admit their faults the moment they fear getting beaten.

Light physical punishment that people nonchalantly mention is also not free from problems. According to a paper published in “Child Abuse and Neglect,” a peer-reviewed international journal, among 152 preschool children in Beijing, China, who were physically punished performed poorly a year later. Research on 2,472 American children proved that physical punishment results in more aggressive behavior a year later.

While I rarely received corporal punishment growing up, I saw people around me getting physically punished for disciplinary reasons. I cannot forget the fear in my memory of just onlooking other children getting hit.

When I saw other children being severely punished, I never thought they deserved any of it. Instead, I felt that grown-ups were the ones who could not control their anger, and was the reason that they beat children severely.

A Japanese research showed that college students who were frequently beaten when they were young tend to defend the right of parents to administer corporal punishment. The research made me think about psychology. Many adults in Korea today grew up getting beaten when they were young. I want those who advocate the parental right to corporal punishment to revisit the moment they were beaten and think about the fear and sorrow they felt.

I believe that the day will come when corporal punishment of children will end. In the 19th century, laws in many countries, including Britain, stipulated right of husbands to beat their wives for disciplinary purposes. Today, no one believes that husbands have a right to beat their wives.

In Korea, there was a time when a wife falling victim to domestic violence was assumed to have done something wrong to “deserve” it.

Corporal punishment of children begins from the idea that they did something that warrants punishment. As children grow up, they make mistakes and tell lies. It is a natural course of a child’s development. Children grow up healthy and properly through positive and age-appropriate punishment and lessons.

It is relatively easy to revise the law to protect children from violence of parents.

But it is not as easy to induce support from the people, reinforce child protection systems and identify at-risk families. Unless we change the perceptions of “did something to deserve it” or “punishment of love is necessary,” there will always be children left in the dark, trapped within their families and abused by parents.

Deaths of children from abuse make us go back to the position of the children and ask why some parents beat their children and justify it as a disciplinary action.