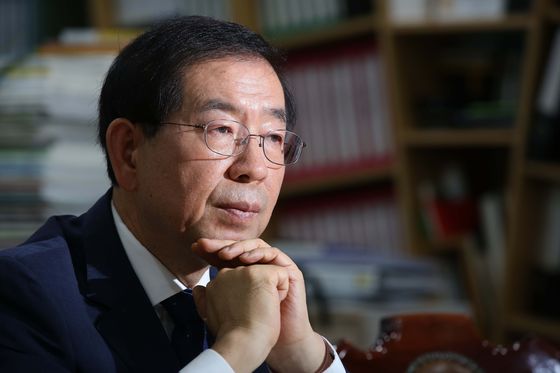 
Park Won-soon, the longest serving mayor of Seoul, was discovered dead early Friday morning in an apparent suicide after a police complaint alleging sexual harassment was filed against him.

A massive search party mounted by police found the mayor’s body in a wooded area on Mount Bukak just past midnight at 12:01 a.m.

A spokesman for the police said they would conduct an investigation to find out the exact cause of Park’s death, though it ruled out foul play.

Park left a suicide note on a desk at his home, which was disclosed Friday morning with permission from his family. 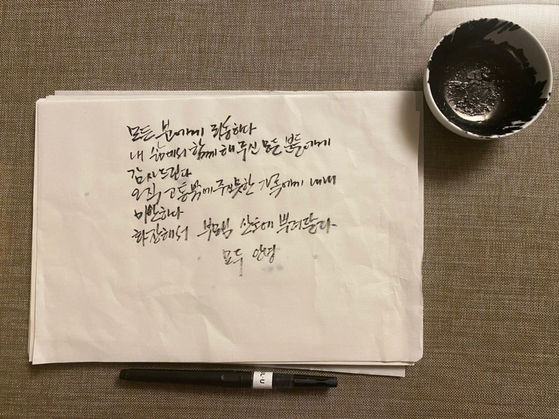 
Translated from Korean, the note read:

“I apologize to everyone. I thank all those who have been with me throughout my life. To my family, to whom I’ve only given pain, I am always sorry. Please cremate me and spread [the ashes] at my parents’ graves. Goodbye everybody.”

The mayor was found dead seven hours after his daughter had reported him missing to the police at 5:17 p.m. Thursday. She told police Park made comments to his family that hinted at suicide around four to five hours before leaving his home before 11 a.m. Thursday.

Park’s body was moved to the Seoul National University Hospital in Jongno District, central Seoul, where a mourning altar was set up.

The circumstances around Park’s abrupt death are not yet known, though it came a little more than a day after one of his former secretaries filed a criminal complaint with police alleging she had been sexually harassed by the mayor.

According to police, the former secretary and her lawyer visited a police precinct Wednesday evening and stayed to share her testimony until early Thursday morning.

The woman reportedly claimed Park repeatedly harassed her sexually since she began working for him as a secretary in 2017, according to the JoongAng Ilbo. Park had also sent her “personal photographs” through the messenger app Telegram on numerous occasions, the woman told police.

She further claimed there were many more victims of sexual harassment targeted by Park, and that she was the first of the alleged victims to speak out.

Though a criminal case into the mayor is unlikely due to his death, the allegations — if true — will mark the third case of a powerful politician being accused of sexual abuse, following former South Chungcheong Gov. Ahn Hee-jung and former Busan Mayor Oh Keo-don.

If his death is determined as suicide, Park would be the highest-ranking politician to take his own life since former President Roh Moo-hyun committed suicide in 2009 after prosecutors mounted an investigation of graft allegations against his family.

Park, who has been mayor since 2011, had canceled his official schedule before he went missing on Thursday, telling city officials he was ill. 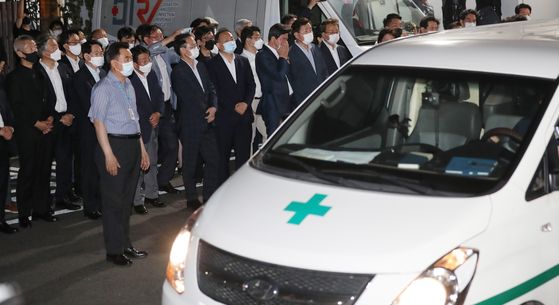 
Surveillance footage from near the official mayoral residence in Gahoe-dong, Jongno District, central Seoul, showed Park leaving the area at around 10:44 a.m. that day, wearing a black hat, dark jacket, black pants and gray shoes. He was also carrying a backpack.

He is believed to have taken a taxi to Waryong Park in Jongno District, where the last surveillance footage showing the mayor was obtained.

Park likely walked just over a kilometer from the park to a forested area where his body was eventually found near Sukjeong Gate, the northern gate of Seoul’s old city walls, police said.

A massive search effort involving over 700 officers, drones and dogs was mounted to search for the mayor in northern Seoul. A police dog eventually found his body in a forested area near Sukjeong Gate.

The Seoul Metropolitan Government said it will hold a funeral organized by the city at Seoul National University Hospital before Park is buried on Monday.

Several of Park’s supporters awaited the transfer of the mayor’s body to the hospital’s morgue early Friday morning, some wailing as the ambulance carrying Park’s remains arrived.

Police said they will request autopsy authorization from Park’s family.

A public memorial altar was set up in front of City Hall on Friday to allow ordinary citizens to pay their respects.

Park leaves behind a legacy of social activism, having been a human rights lawyers and civic leader before becoming Seoul’s longest serving mayor.

He was first elected mayor of Korea’s capital city in a by-election in 2011, after former Mayor Oh Se-hoon resigned after losing a referendum on free school lunches. He was re-elected, sweeping the vote by large margins in 2014 and 2018, and had two years left in his term before his death.

The three-term mayor had also been considered a likely presidential contender for the ruling Democratic Party (DP).

The abrupt death of one of Korea’s most powerful and high-profile elected officials plunged the country into a state of shock on Friday.

The DP canceled a party meeting on real estate slated for Friday morning, and leading figures in the party expressed their condolences, as did the opposition United Future Party (UFP).

“Mayor Park departed this life in a devastating way,” said DP Chairman Lee Hae-chan at the National Assembly, honoring the deceased mayor as an old friend and fellow democracy activist since the 1970s.

“The Democratic Party puts its heart into expressing condolences for the departed, who spent his life working for the average citizen.”

No public statement has yet emerged from the Blue House, though the presidential office sent flowers to Park’s mourning altar at Seoul National University Hospital Friday.

President Moon Jae-in had a 38-year friendship with Park, having trained at the Judicial Research and Training Institute together as budding attorneys decades ago, and as fellow civic activists and human rights lawyers. 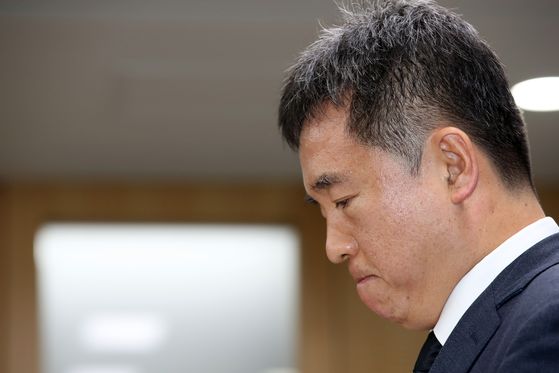 Seo Jeong-hyup, Seoul's first vice mayor for administrative affairs, bites his lip as he vows to carry on Park's duties as acting mayor during a press conference on Friday. [YONHAP]

In an emergency press conference Friday morning, Seo's voice trembled with emotion as he vowed to carry out the city’s governance in line with the deceased mayor’s philosophy.

Dig up the truth