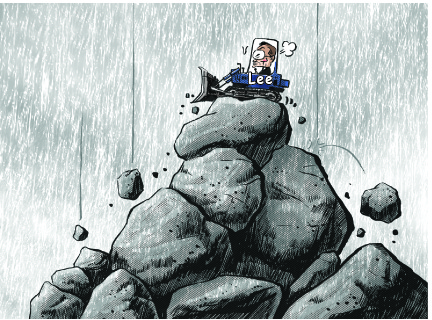 The ruling Democratic Party (DP) is under attack after Chairman Lee Hae-chan made controversial remarks when asked for the DP’s official reaction to the death of Seoul Mayor Park Won-soon, who committed suicide last week. One of Park’s former female secretaries had filed a complaint with the police alleging that he had sexually harassed her. [PARK YONG-SEOK]