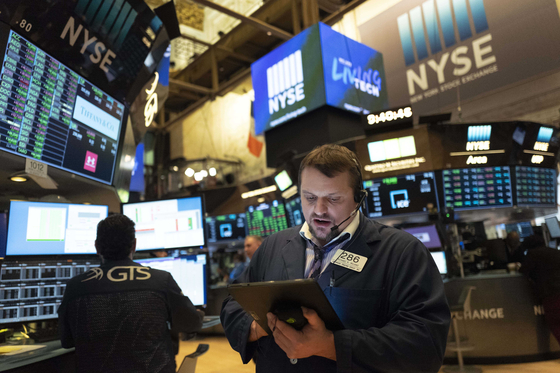 
Foreign investors have been selling stocks and buying bonds in the Korean financial market, according to a report issued by the Financial Supervisory Service (FSS) Monday.

Foreigners sold 42 billion won ($34.9 million) worth of stocks in June, continuing a five-month selling spree even after the number of confirmed Covid-19 cases started to drop in Korea.

American investors sold the most, offloading around 2.5 trillion won worth of shares. Investors from Ireland followed, selling more than 500 billion won in stocks. The third-largest sellers were Australians, who sold off stocks worth 400 billion won.

American investors held the most, with 226.9 trillion won, or 41.9 percent of total shares held by foreign investors.

Bonds have been popular with international investors. Foreigners bought around a 10.8 trillion-won worth of local bonds last month, continuing a massive purchasing rally that has lasted for six consecutive months.

“After the Kospi surpassed the 2000-point mark, foreign investors may feel that there isn't any additional momentum in the local stock market and are reducing purchases of stocks and focusing more on bonds,” said Hwang Sei-woon, a research fellow at the Korea Capital Market Institute.

“While Korea’s base rate is low, it is still higher than in other countries. The other factor is the Korean government's financial stability.”