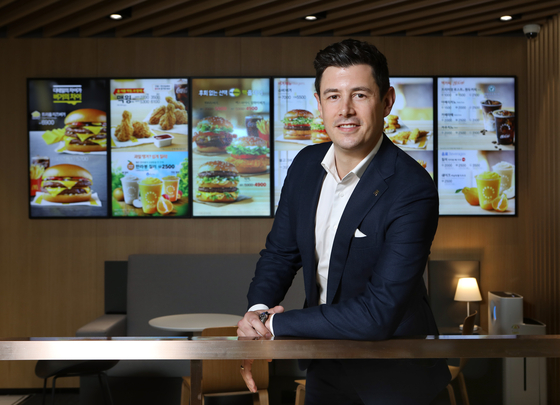 
Korea can be a difficult market to survive in, especially for restaurants and fast-food brands. Consumers here are curious and digitally savvy, moving quickly to try new things and sharing the latest trends online. Success can come rapidly, but eventually customers are likely to move on to the next thing.


McDonald’s has faced its ups and downs since entering the Korean market in 1988, but its recent implementation of the Best Burger initiative here seems to have worked, getting an unexpectedly positive response from consumers even before the company had promoted the change.

The Best Burger initiative, adopted in Korea in late March, is a global campaign undertaken by the company to up its burger game by improving the overall process. Under the glaze-coated buns that are softer and shinier lie juicier patties and more evenly distributed sauce, according to McDonald’s Korea.

“The response to little changes — everyone notices.”

That curiosity is what makes the Korean market “exciting” for him.

Martinez was appointed to the role in March.

Having started working for McDonald’s as a part-timer, or "crew member" in McDonald's language, when he was 15 years old, Martinez spent two-thirds of his life working for the company in Australia.

“It was always my dream to work at McDonald’s. As funny as it may sound, as a 15-year-old, there was a local McDonald’s restaurant that was part of my community […] and I always wanted to be part of a brand that had such a big impact on me growing up. They gave me my first opportunity, and here I am,” he said with a smile.

During two decades of work at McDonald’s, Martinez was engaged in the fields of construction, real estate and operations franchise marketing.

“After 20 years, I was curious about the world to be honest. When I was asked about a role in Korea, I jumped at the opportunity,” said Martinez. “Korean consumers are really open to different tastes [and] ideas and crave for innovations, and that is why global businesses are excited about doing business in Korea.”

That openness is what led McDonald’s to designate Korea as the first Asian country and fourth around the world to implement Best Burger, which has helped the company’s revenue in Korea from January through April rise 9 percent on year.


Q. What are the factors that are driving steady demand for McDonald’s Korea despite the Covid-19 pandemic?

A. McDonald’s Korea was actually one of the few markets globally that was able to operate at 100 percent capacity during Covid-19. In the new world of untact, or contactless, we’ve seen consumer pattern shift to deliveries and drive-through.

Investments that have been made in McDonald’s over the past 10 years on drive-through restaurants, deliveries and giving our customers a number of ways to connect with the brand along with the launch of the Best Burger has been what I truly believe as a big part of that success.


Q. Best Burger has been rolled out in countries where people regularly eat hamburgers as a meal. Korea isn’t one of those countries. Why was Korea one of the first countries to get the Best Burger initiative?

A. It was a really big privilege and one that was well deserved. This is my second launch of Best Burger after launching in Australia. Launching in Australia and understanding the guiding principle behind the Best Burger — small changes make a big difference — I knew that based on what I’ve learned and heard from our consumers [about their] delicate palates and taste, there was no better market than Korea to launch Best Burger next.

It was a big investment from our side, and it was worth it.

A. I think McDonald’s always looks for ways to create and drive tastier food. When we heard from Korean consumers about this desire and higher expectations, Best Burger gave us the tools and platform to really deliver on that feedback.


Q. Regardless of the company’s efforts to offer convenience, McDonald’s reduced the number of stores nationwide from 447 in 2017 to around 400 last year. What’s McDonald’s Korea focusing on at the moment?

A. Our focus is [still] on how we can provide greater convenience at all of our restaurants. Even with our over 400 restaurants, we still serve 400,000 customers every day. And our focus at the moment is investing in new exciting platforms including drive-through, delivery and table service to create greater convenience for our customers. Our customers tell us they love McDonald’s food. But we also know customers love excitement and they love innovation.


Q. What approach is McDonald’s Korea taking to realize that innovation?

A. We are excited that we’ve got a fantastic new restaurant opening in Samsong [in Goyang, Gyeonggi].

The Samsong drive-through restaurant is going to have a number of Scale for Good [sustainable] initiatives, which we’ll speak about closer to the day. We’ll have all the exciting platforms including delivery and drive-through brought to life, which will also bring new jobs for the area.

We’ll also be able to serve a whole new customer base. Scale for Good is a sustainable campaign that aims to lower greenhouse emission, utilize sustainable raw materials and beef production, and utilize eco-friendly packaging materials. As part of the campaign, McDonald’s Korea’s goals include replacing 1,400 McDelivery scooters at directly run restaurants nationwide with electric bikes by 2021.


Q. Hygiene is a crucial factor for restaurants. What approach is McDonald’s Korea taking to keep its food and restaurants hygienic?

A. I can't say this enough. Food safety, hygiene and our people’s safety is our number one priority, not just on the global level, but also at the local level. One of the true beliefs that McDonald’s has is putting a focus on food safety and hygiene from farms, our suppliers, through our supply chain network, from the deliveries, to the restaurants that serve our customers.

As part of that safety effort, McDonald’s Korea holds a national open day, when it invites customers to the restaurant to experience the food safety system. It says it also applies a strict standard of supplier quality management system to keep food and restaurants hygienic.