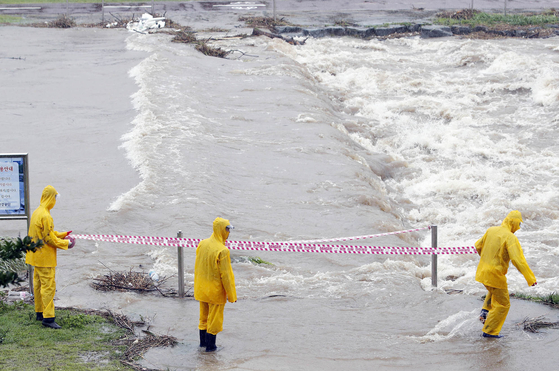 Local government officials set cordon off an area in Gwangju, on Monday, as a stream floods after heavy rainfall. About 200 millimeters of rain pounded South Korea's southern regions on Monday, leaving several people dead and causing traffic accidents, flooding and the destruction of roads, houses and facilities. [NEWS1]