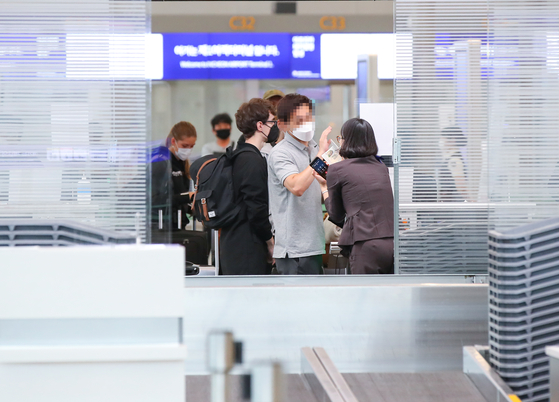 
A record number people left Korea last year, while those entering the country to stay fell.

Statistics Korea used 90 days as the cutoff point for including people in the study, so those who came to the country for tourism or short-term work or business trips were excluded.

It categorizes those leaving the country and not reentering within 90 days as having left, so those that departed in December and haven't returned are included in the statistics.

The statistics agency said the PyeongChang Winter Olympics in 2018 was in part to blame for the decline. It said a large number of people who entered the country for the games illegally stayed afterwards. The Justice Ministry cracked down on over-stayers, resulting in a surge in forced exits.

“In 2018, there were a large number of foreigners entering the country for short visits but staying longer than legally permitted,” said Kim Jin, head of Statistics Korea’s Vital Statistics department. In 2019, "exiting foreigners increased as a result of the crackdown on illegal aliens."

The coronavirus was also cited as a reason for the large number of people exiting.

“There has been an increase in cases where Chinese students that left the country in December were unable to return to Korea because of the spread of coronavirus in China,” said Kim.

Last year, 34.5 percent of foreigners that entered Korea were for short-term visits.

Those that came to the country for work were 26 percent of the total, while those entering for training were 14.9 percent.

The number of people coming to the country for the purpose of marriage or naturalization rose 7.7 percent to 48,000. It was the only category where an increase was reported.

Chinese, Vietnamese and Thai passport holders accounted for the majority of foreigners entering the country, at 57.8 percent, while the same group also accounted for 61.1 percent of those exiting Korea.

For Chinese, the biggest reason for coming to Korea was work, at 25.9 percent of the total. Of the Vietnamese arrivals, 35.9 percent came for short-term visits, while 88 percent of Thais came for that reason.