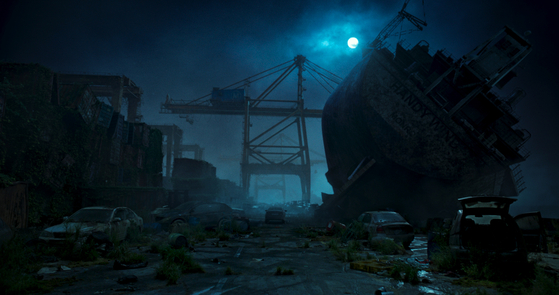 Director Yeon Sang-ho's "Peninsula," which was released on Wednesday, may be able to thaw the frozen box office. [NEXT ENTERTAINMENT WORLD]


Director Yeon Sang-ho’s “Peninsula” may be the breakthrough film the local industry is in desperate need of to revive the stagnant box office.

According to the film distribution industry Next Entertainment World, more than 350,000 people saw the film on its opening day Wednesday, a number that hasn’t been seen in a weekday box office record since “The Man Standing Next,” which drew 252,000 people to the screens on its first day in late January.

The latter, which accumulated up to more than 4.7 million tickets, is this year's most popular release so far.

“Peninsula” is a follow-up to the hit zombie blockbuster “Train to Busan” (2016) which covers what happened in Korea four years after the zombie outbreak that took place in "Train.”

The post-apocalypse film was selected for the 2020 Official Selection list announced by the Cannes Film Festival this year and has already sold distribution rights to 185 countries.