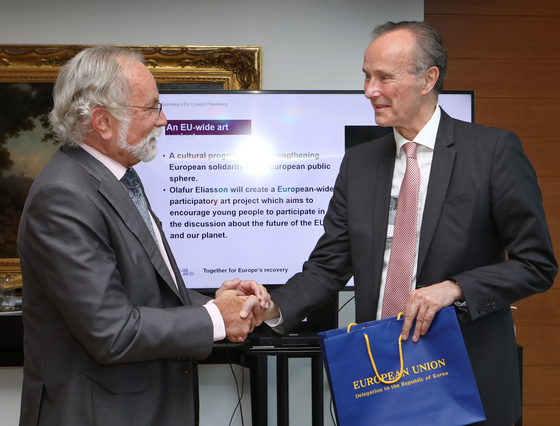 German ambassador to Korea Stephan Auer, right, and European Union ambassador to Korea Michael Reiterer commemorate the German presidency on the EU Council at the German residence in central Seoul on Wednesday. The German presidency will last six months, during which the country will try to reach an agreement among members for a Covid-19 recovery fund as well as for the EU's budget from 2021 to 2027. Other topics of focus will include the European Green Deal and relations with nations in Africa and with China, according to the European Parliament. [PARK SANG-MOON]