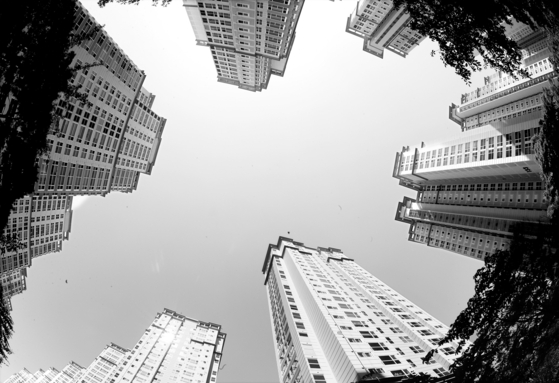 The author is the head of the financial planning team of the JoongAng Ilbo.


“I am sorry about the soaring real estates. I am sorry that it confused the citizens and is not under control at once.” In his new year’s address in January 2007 — the final year of Roh Moo-hyun’s presidency — he apologized.

A month earlier, Roh had said he had no regrets other than the failed real estate policy. Soon, the report by a government committee analyzed the cause of the failure as “insufficient promotion of supply expansion measures.”

Starting with the real estate measures of Aug. 31, 2005, the Roh administration maintained a policy of controlling supply and suppressing demand. Why? The government had mistakenly believed the housing distribution rate reached 100 percent.

There was opposition at the time. Advocates of increasing housing supply presented a different indicator, the number of housing units per 1,000 people. In 2005, the number was 279.9, far less than Japan’s 423 and Britain’s 417. At the end of 2006, the Roh administration started to roll out measures to increase supplies. But it was too late. As it takes time to secure lots and sell houses, the effect was not realized within his term.

In 2008, the conservative Lee Myung-bak administration came up with new housing distribution statistics. It better reflected reality which included single households. As a result, the housing distribution rate was 104.2 percent as of 2018. The adjusted rate for 2005, based on the new standard, fell to 98.3 percent.

Do we have enough houses now? It’s too early to tell. The new housing distribution rate does not include the 1.65 million foreign residents as of 2018. As a result, the distribution rate may be higher than the actual number. The number of units per 1,000 people is 403.2, still lower than Japan’s 494 and Britain’s 411. The Land Minister, who said the current housing supply is sufficient, should know this.