Arsenal F.C. has condemned a pundit on its supporters channel AFTV after a racist slur was used to refer to Tottenham Hotspur's Son Heung-min during a broadcast on July 12. 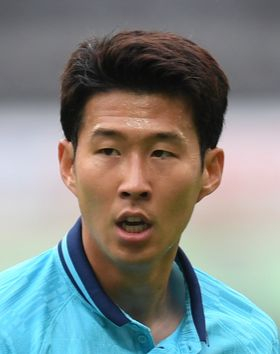 During Spurs' 2-1 victory over Arsenal on July 12, AFTV pundit Claude Callegeri referred to Son, commenting "DVD's going off" as Son was substituted out of the match.

"DVD" is a racial slur used by football fans to insult Asian players, apparently alluding to the sale of illegal copies of DVDs in London markets. One of the earliest reported uses of the insult was back in 2005, when Korean footballer Seol Ki-hyeon, then of Wolverhampton Wanderers, received a tirade of racist abuse from Millwall fans during a game between the two teams.

AFTV, which is not officially affiliated with Arsenal, initially tried to play down the incident. Host Robbie Lyle and Callegeri on Tuesday appeared in a video claiming that it wasn't a reference to Son, but that Callegeri was actually saying that Spurs were likely to release a DVD celebrating their victory over Arsenal.

On Wednesday, Lyle apologized on Twitter, both for the original comment and for the attempt to justify it.

"I would like to sincerely apologise for the derogatory remark heard on the AFTV livestream on Sunday, and for the response video that we put out today where we failed to apologise and take onus for the comment," he said.

Callegeri also apologized on Wednesday, but continued to deny he had intended it as a racist slur.

Arsenal condemned the broadcast in a statement.

"We operate a zero-tolerance approach to any form of discrimination and we unreservedly condemn this unacceptable racist behaviour," the club said.

Arsenal also pointed out that AFTV, which has over 1 million subscribers, is not affiliated with the club and Callegeri is not a season ticket holder.

Son has been a victim of racism in the past. Last year a West Ham fan was fined for racially abusing Son during a match between West Ham and Spurs. Among other insults, that fan had also used the "DVD" slur.