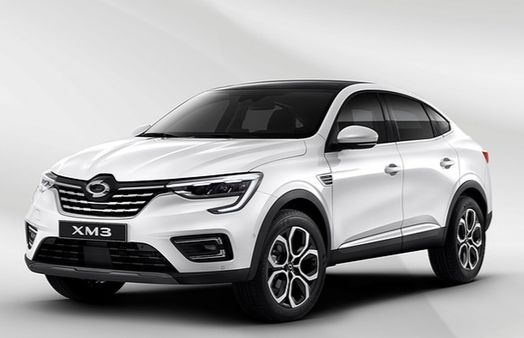 Renault Samsung's Busan-made XM3, a coupe-style SUV also known as Arkana, will be recalled due to the risk of unexpected power loss while driving.

Korea’s Transport Ministry said Thursday it would recall more than 20,000 cars from Renault Samsung Motors, a Korean unit of the Renault-Nissan Alliance, after three models were found to lose power while on the road.

The ministry said the XM3 had a defect on a component called an impeller, a rotating component inside fuel pumps, which prevents fuel from reaching the engine. The defect could possibility cause the engine to shut off while driving, according to the ministry.

A total of 533 units of Renault’s Master van will also be recalled as its fuel hose was found to be impaired leading to a potential gas leakage and eventually losing power as well.

The models in question will be fixed without charge at after-sales service centers of Renault Samsung Motors from July 20.

The XM3 SUV has been a bestselling model for Renault Samsung since it launched here in March. It sold more than 5,000 units for four consecutive months, totaling 22,252 vehicles in the first half of this year.

The automaker said early this month that the Busan plant will export 140 XM3s to Chile by the end of this year.

Kia Motors saw 4,230 Carnival vans recalled for having a contact failure in the components in its generator, leading to a possible fire. The Korean automaker will also see 2,078 of its Soul EVs recalled due to the possibility of the vehicle rolling even when parked since its decelerator is vulnerable to wearing out.

Hyundai Motor’s Avante small sedan had a defect in its inflator when the air bag activates, so the ministry will recall 2,730 units of the model.

Toyota Korea’s Prius and Prius V hybrid models were recalled, totaling 3,689 cars, because its inverter was found to be impaired, leading to a suspension of its hybrid system.