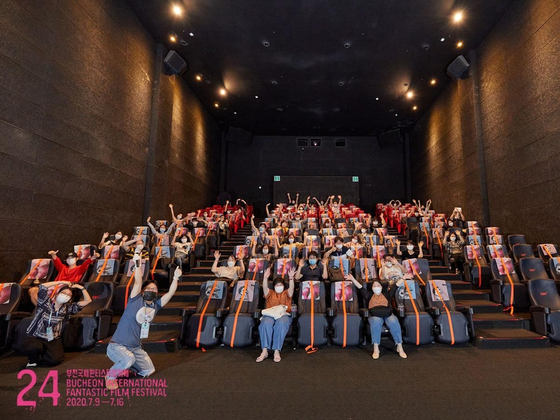 The 24th Bucheon International Fantastic Film Festival came to a close on Thursday evening after holding the event both online and offline in the midst of the Covid-19 pandemic. [BIFAN]


The 24th Bucheon International Fantastic Film Festival (Bifan) wrapped up its nine-day event on Thursday evening after conducting the festival both online and offline.

The festival ran from July 9 to 16 in Bucheon, Gyeonggi, featuring a total of 194 films from 42 countries on the streaming platform Watcha and in theaters.

In the midst of another spike in coronavirus cases, the closing ceremony was held in CGV Sopung branch with only a small number of people in attendance.