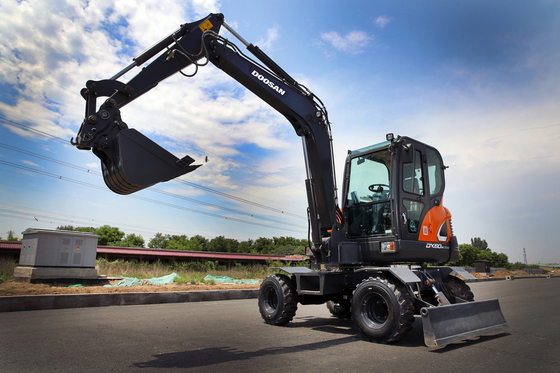 
Doosan Infracore sold 10,728 excavators in China in the first half, the construction equipment maker announced Monday.

That is 10 percent more than during the same period last year. Doosan Infracore said the total was the highest for a January-June period since 12,000 excavators were sold during the first half of 2011.

Sales of excavators in China have been weak due to the Covid-19 outbreak but have recovered, according to Doosan Infracore.

Doosan Infracore is “continuously making opportunity for growth with new and customized special equipment for the Chinese market,” according to a company spokesperson.

Sales of mini-sized excavators by Korean makers soar in China