Ikea to open its second Planning Studio in Seoul

Ikea to open its second Planning Studio in Seoul 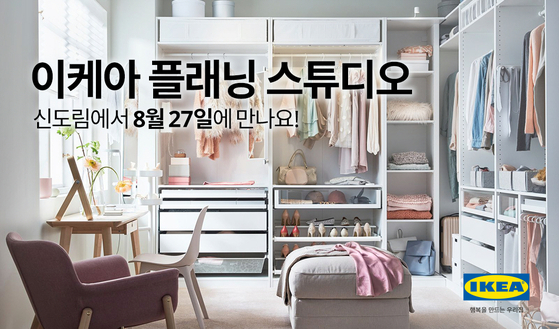 
Ikea is opening its second Planning Studio in Korea next month.

The company announced Monday the new location will open on Aug. 27 at the Hyundai Department Store in Sindorim in Guro District, western Seoul.

The 529-square-meter (5,694 square feet) space will include a planning zone for consulting service and five set-up rooms.

“Driven by the IKEA vision ‘to create a better everyday life for the many people’, we at IKEA Korea are transforming to meet the diverse needs of customers in a fast-changing retail environment. By increasing our presence in cities, we look forward to reaching more of the many Koreans, empowering them to create a happier life at home through a more affordable, convenient and sustainable IKEA.”

Ikea reported that its online sales rose in the first half of the year. The company is scheduled to announce full-year results next month. Its fiscal year runs from September to August.

Ikea store planned to open in Daegu by 2025