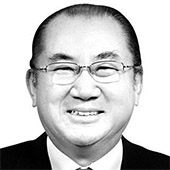 Park Jae-chang
The author is a chair-professor of Hankuk University of Foreign Studies.

Public disgruntlement over the spike in apartment prices as a result of the government’s failed real estate policies has reached a boiling point. The staggering surge in prices and profits in real estate deals can only discourage people, especially those losing hope of buying their own homes. The median price of apartments in Seoul has soared 52 percent over the last three years under the Moon Jae-in administration. An apartment owned by the National Assembly speaker has gained 2.3 billion won ($1.9 million) in value compared with four years ago. It is a miracle that mass rallies and riots have not taken place yet.

The government has been trying to rein in the real estate market through tax increases and regulations on loans. Each measure has generated the exact opposite outcome by fanning prices and discouraging people from selling — because they know prices will rise. Even the lawmakers of the ruling Democratic Party (DP) shake their heads at the government measures. They are advising President Moon to sack the Minister for Land, Infrastructure and Transport, who has spearheaded real estate policy over the last three years. The minister must take responsibility for failing to curb soaring apartment prices and leaving office. But that won’t help bring down the apartment prices.

The market cannot be defeated unless policymakers change their fundamental perspective in real estate policy. The government has implemented 22 sets of measures all centered on suppressing demand. The rigid policy has only reinforced resilience in the market. Such mistakes have been made by previous governments as well. 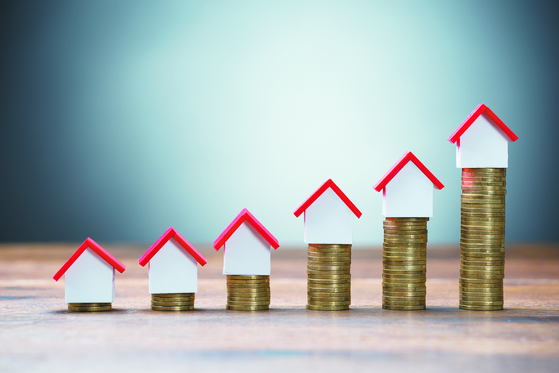 The apartments in the hot zones have value beyond shelter. They are synonymous with social status. They enjoy an education infrastructure that ensures entries to good universities. Gangnam and Seocho Districts in posh southern Seoul are home to high schools and cram schools famous for their track records in placements of students in elite universities in Seoul. Entertainment facilities are there, traffic is well-controlled and the shopping infrastructure is superb. Given those advantages, prices in the region cannot easily be suppressed.

Hyundai Motor Group is spending massively to build what would be the tallest skyscraper in the country as its new headquarters in Gangnam. The building, dubbed the Global Business Center (GBC), will house a luxury hotel, conference and exhibition facilities as well as shopping and entertainment. With the 1.74 trillion won in public donation by Hyundai Motor to Seoul city, the city government plans nine projects aimed at constructing multi-purpose underground facilities along the main street of Jamsil and renovating the Olympic Sports Complex for the benefit of the residents.

Those projects will only further differentiate Gangnam from other areas. Its cachet will grow. The government has tweaked floor area ratio (FAR) guidelines to facilitate the GBC project. That move contradicts its desire to stabilize real estate prices in Gangnam.

Complicated factors are behind the upsurge in the housing prices in Seoul. The problem won’t be solved if policymakers focus merely on fixing an undersupply. A comprehensive response from the entire government is, in fact, needed because the factors go beyond the realms of the land and finance ministries. But the government does not have a system for permanent and comprehensive solutions to tackle skyrocketing real estate prices, nor a cooperative network with local governments.

Gangnam housing prices gained momentum thanks to the establishment of good schools. The education ministry should study creating education clusters around the suburban regions by moving elite high schools or university campuses to the area. The industry, IT, and home affairs ministries also can help solve the problem by aggressively creating remote working environment to fit the post-coronavirus era.

Such comprehensive measures will help ease population concentration around the capital and also stimulate construction to help the domestic economy. Seoul also must carefully examine the effects on the housing market when it launches major city development projects. Otherwise, the public will continue to doubt if the government is really determined to put the brakes on soaring real estate prices.