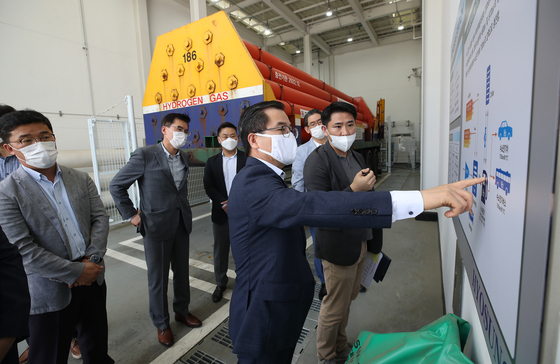 Environment Vice Minister Hong Jeong-kee, second from right, attends the opening of a hydrogen gas charging station in Gangdong, eastern Seoul, on Tuesday. The hydrogen gas station is a collaboration between Hyundai Motor and the refiner GS Caltex. The Moon Jae-in government recently announced its Korean New Deal, which includes a strong push for green projects including raising the number of hydrogen cars to 200,000 by 2025. [YONHAP]