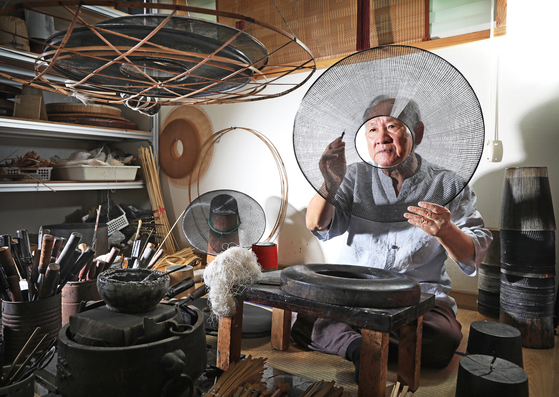 Master craftsman Park Chang-young, who was designated as No.4 intangible cultural property in 2000 for his expertise at making gat, is working on the traditional Korean hat at his studio located in Gwangmyeong, Gyeonggi. [PARK SANG-MOON]


Gat, the traditional Korean hat, refers to a wide-brimmed style hat that is designed to shield the wearer's face from the sun or rain.

This particular style derived from the paeraengyi hat worn by commoners during the Goryeo Dynasty (918-1392), but as it entered the Joseon Dynasty (1392-1910), the hat was adopted by noblemen who considered the process of making such hats as a sophisticated craft.


In the late Joseon period the hat became so tremendously popular that almost every man across the nation wore it regardless of their class.

But the demand for the hat did not last long, plummeting when the Joseon kingdom shifted its diplomatic stance from one of isolation to opening its doors to the world.

However, the hat once forgotten in history has been rediscovered in recent years as a signature product that represents the beauty of Korea. 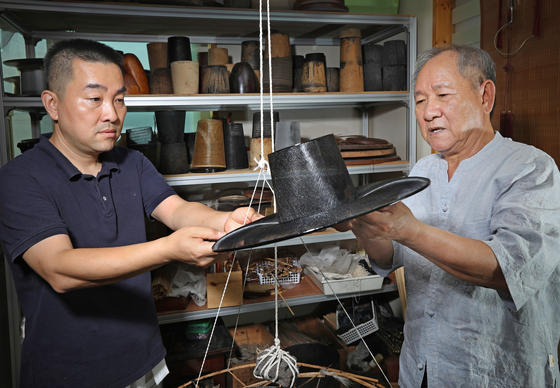 
The work of master craftsman Park Chang-young, who carries on the tradition of gatil, or making gat, was designated as the No. 4 intangible cultural property in 2000.

Park was born in 1943 in Cheongbok-dong, Yecheon, North Gyeongsang. The entire village was engaged in gat making, including his great-grandfather, grandfather and uncle. Even his maternal grandfather ran a large-scale gat workshop. With his oldest son also making the traditional hat in Gwangmyeong, Gyeonggi, the Park family has now been in the business for five generations.

Born and raised surrounded by the craft, it was simply a matter of course for Park to join the family business after graduating from middle school.

At first, Park learned the techniques needed for making the hat under the guidance of his father, but when he suddenly passed away, An Su-bong, a friend of his father, filled the absence.

Park continued his studies and soon began receiving compliments for having a knack for the job.

In the yangtaeil stage, the brim of the hat is constructed using thinly cut pieces of bamboo. The chongmojail stage involved using horse hair to make the chongmoja, or the hat sitting in the center of the brim, and ipjail is the final procedure that connects the brim to the hat. 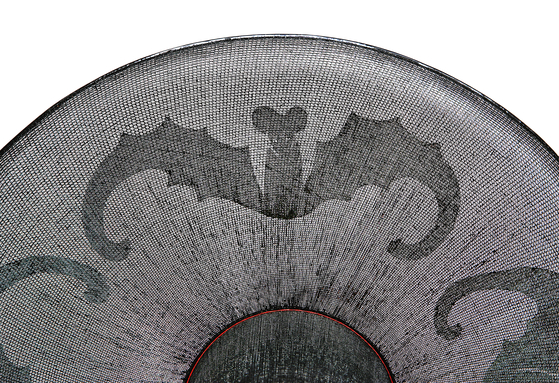 Gat with patterns of bats is believed to bring good luck. [SEO HEUN-KANG]


Since each stage is complicated, the are all done separately by each jang or master of every stage.

Of the three, the most crucial stage is the last one.

Ipjajang, or the master who assembles the hat, adds the final touches to the gat by repeatedly ironing it, plastering it with fish glue and painting meok (traditional Korean ink) and ottchil (traditional lacquer) on it.

The subtle curves and the delicate colors of gat are highly dependent on the skills of ipjajang.

The master must know how to take control of the hot iron, and how much fish glue and meok to use.

The whole procedure of gat making is so detailed that at least 10 years of training is required.

After spending years at a gat workshop run by his father’s friend in Daegu, Park returned home in 1967 and opened his own.

Gat was scarce and pricey back then, thus the artisan could make a living with the income from the shop. The village was packed with an array of salespeople who wished to buy gat from several studios including Park’s.

Park needed new sales channels, so he moved to Seoul in 1978 in search of a breakthrough.

After many sleepless nights, Park was inspired by actors wearing gat in drama series. He went to broadcasting stations to ask them to use his gat for the period dramas they produced.

In fact, most of the gat people see in drama series and films are Park's creations.

Park has been making gat over the past 61 years, but he is always amazed by the excellent quality of gat made by the nation's ancestors. 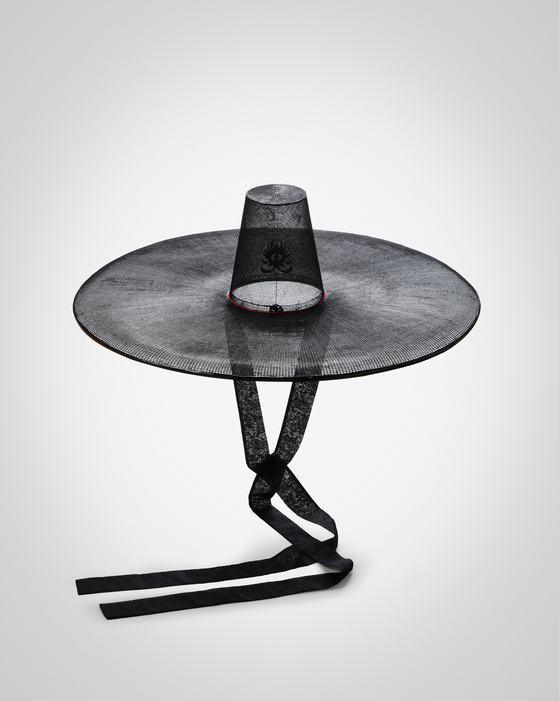 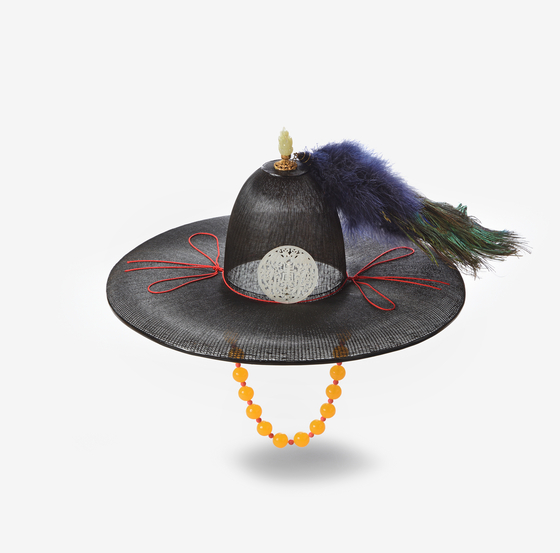 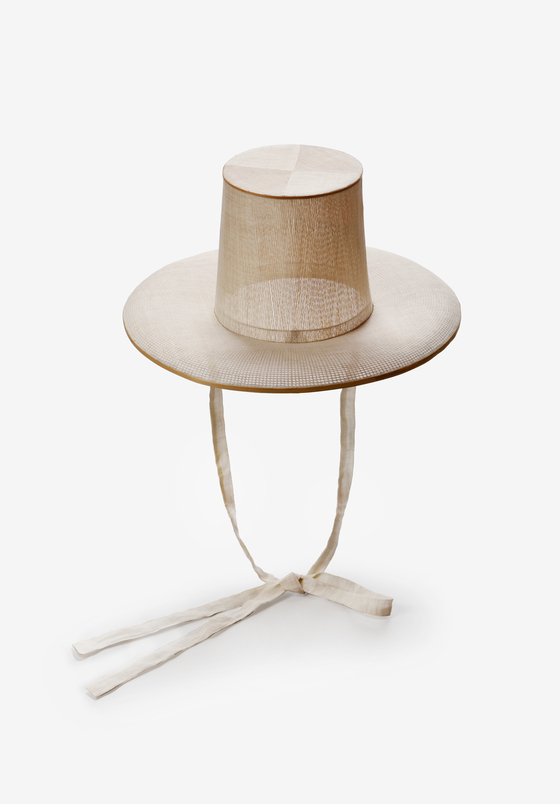 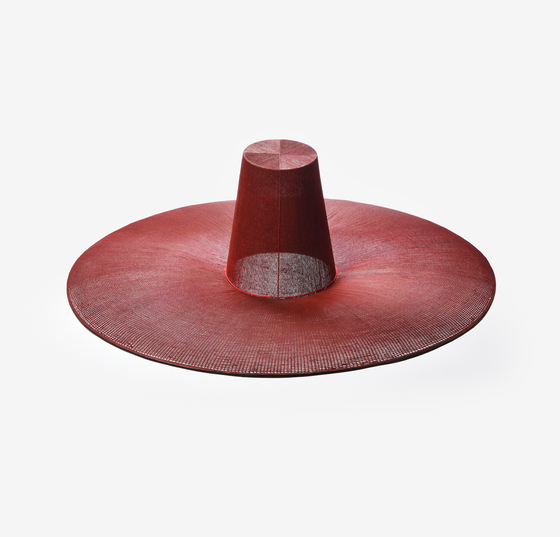 Gat worn by soldiers between the 17th and 18th centuries. 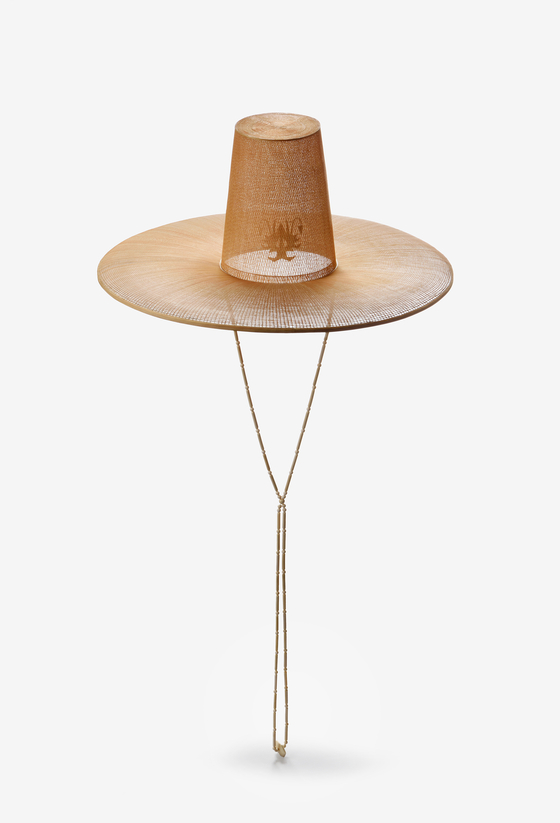 A white gat worn during the period of mourning. [SEO HEUN-KANG]


Gat produced in recent years is very different from those produced in the past, he says. It is hard to find exquisite beauties of gat from recen years because much of the complicated and difficult procedures are omitted these days.

For this reason, Park feels responsible to reproduce and restore the traditional gat.

As part of this effort, Park once reproduced a gat featured in the painting “Portrait of King Cheoljong” (1861) housed at the National Palace Museum of Korea.

Apart from reproducing the gat worn by King Cheoljong, Park re-made an old gat worn by historical figures from various times of the Joseon period. Sometimes it takes him a whole year to reproduce a single gat.

While in Korea, gat is still considered something special that people only see on their TV screens, it is considered a fashion item overseas.

Some non-Koreans who are avid fans of the Netflix original series “Kingdom,” set in the Joseon period, define the drama as “a story about zombies and a cool hat.”

Before “Kingdom,” however, some fashion insiders were already captivated by the charm of the hat.

Fashion designer Carolina Herrera is one of them. Models strutted the runway wearing gat when they presented the designer’s new look for the 2011 spring and summer New York Collection.

Even after over six decades in the business, Park has big dreams. He wants to promote gat further by teaming up with his son so the hat can stand next to other luxurious fashion items.

Park’s son Hyung-park produces traditional gat as well as reinterprets the hat in various forms such as part of an art installation, a piece of performance art.

By doing so, the older Park firmly believes that the hat will go beyond borders and one day be much loved both at home and abroad.