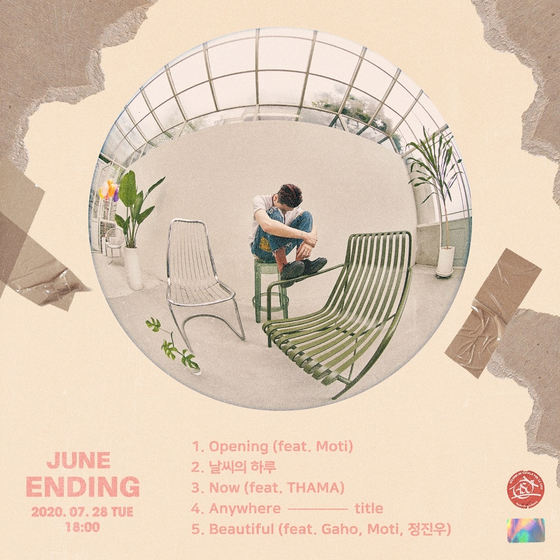 Singer-songwriter June will be making a comeback with his first EP “Ending” in over a year, set to drop on July 28 at 6 p.m., his agency Planetarium Records announced on Tuesday.

In collaboration with various artists from his agency such as Gaho, Jung Jin-woo, and Moti, his new five-track EP consists of the lead track "Anywhere,” along with “Opening," "The Day of the Weather," "Now" and "Beautiful."