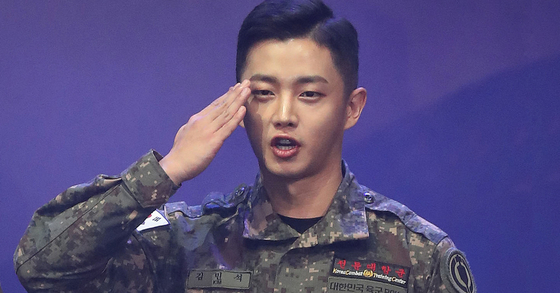 According to the news report, the actor caught the culprit in action at a cafe in Apgujeong-dong in southern Seoul on Monday and held him until police arrived at the scene.

At the time, Kim was on his last day of leave before being discharged from his mandatory military service on Tuesday, which he began in December 2018.

Following a police investigation, it was revealed the culprit had numerous illegal photos that he’d shot on his phone.