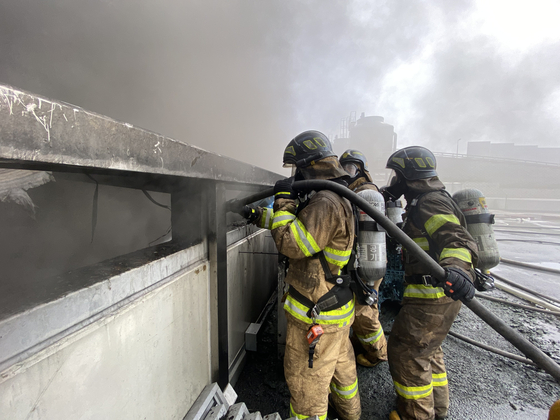 Firefighters work to put out a fire at the SLC Distribution Center in Yongin, Gyeonggi on Tuesday. Most of the 69 workers at the center when the fire started, around 8:30 a.m., were in the fourth basement level. Five were found dead and 64 were rescued. Eight of those rescued sustained serious injuries, and one was in critical condition. According to witnesses, a fire started after an explosion in a freight truck, which was loading frozen processed foods. The sudden explosion and ensuing smoke appeared to have impeded workers as they attempted to escape, the National Fire Agency said. [YONHAP]