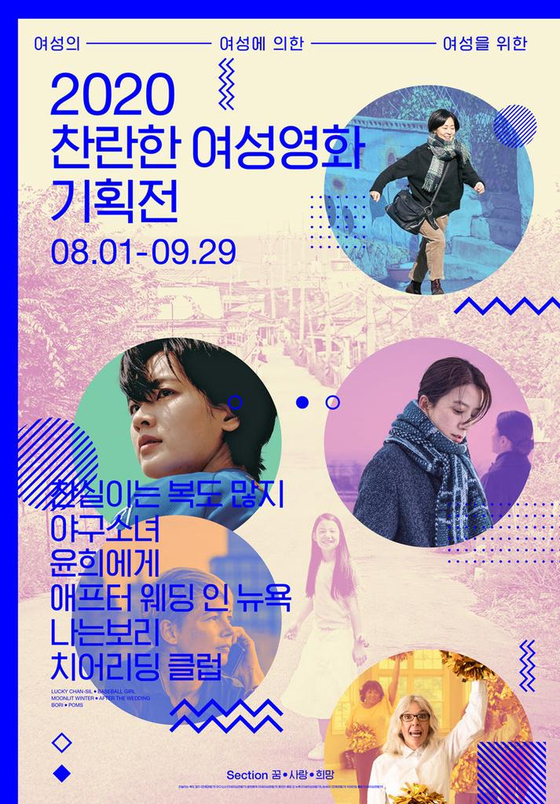 Film distribution company Challan Film will present six female-centered films for the "2020 Brilliant Women's Film Exhibition" (translated) at 25 theaters nationwide from Aug. 1 to Sept. 29 in collaboration with the Korean Film Council to support theaters that have been hit hard due to the Covid-19 outbreak.

In the hope section, Kim Jin-yu’s drama film "Bori" (2020) and director Zara Hayes’ dance film "Poms" (2019) that has yet to be released in Korea, starring Diane Keaton, will also be presented.