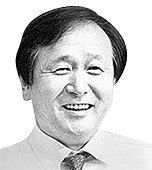 Jun Sung-chull
The author is the chairman of the Institute of Global Standard.


Last week, President Moon Jae-in outlined an ambitious five-year spending plan dubbed the Korean-style New Deal. America’s New Deal, led by President Franklin Roosevelt, was a series of comprehensive reform projects aimed at restoring and rejuvenating the U.S. economy in the depths of the Great Depression. That downturn dealt a heavy blow to the global community but nevertheless provided a reason to correct some of the flaws and shortcomings of capitalism over the previous two centuries. Without Roosevelt’s New Deal, capitalism would not have advanced to today’s level.

The Great Depression bared the problems of capitalism, including those that led to capital market crashes. The United States and other major economies had been pegged to the gold standard. As economies grew, so did demand for bank notes. But monetary supplies could not keep up with the demand. As a result, the U.S. economy that rapidly expanded until the 1920s came under a serious squeeze.

There was no consumer protection mechanism. Bank runs, or panicky withdrawals of money, panned out when a financial institution was rumored to be in trouble. Many lenders went under during this period. In the early stage of the depression, as many as 4,000 banks went bust in a month.

Ethical codes also did not exist in securities markets. The U.S. stock market was a heaven for scammers and schemers as it lacked oversight on punishments for insider trading and other violations. After ordinary investors joined the speculation after learning of the prevalent corruption, the stock market helplessly crashed.

Roosevelt addressed the side effects through various reform programs, along with relief packages for the jobless. Major pork-barrel projects including the Tennessee Valley Authority (TVA) were carried out to create jobs and make the economy stronger. They were emergency measures to address an unemployment rate of 25 percent. The massive restoration project led by the TVA around the Tennessee Valley, a region hard-hit by the Great Depression, was just a small part of the New Deal.

The New Deal the Moon administration has proposed is a 160 trillion won ($133 billion) spending plan over the next five years to create 1.9 million jobs through many projects concentrated on digital ICT and green infrastructure. The design is to meet the government goal of creating a “leading economy” — and eventually an inclusive society — in the region.

Given the outline, the program appears to be a set of industrial policies and falls short of meeting the comprehensive New Deal definition. Its aim to build new industries to create jobs can hardly be called a New Deal, which requires reforms in the overall system.

The colossal spending plan also raises concern. First of all, there are doubts about the government’s capability to carry out the plan as outlined. Over the last three years, the liberal administration has been engrossed with three goals — a nuclear power phase-out to shift to renewable energy (mostly solar panels), rigorous jobs promotions and stabilization of the real estate market. It has failed in all three categories. For instance, local polycrystalline silicon providers, who rank among the top in global rankings, and other major suppliers in the solar photovoltaic industry, are pulling out of the market on doubtful prospects for the sector due to a critical lack of value chain at home. The government’s measures to address worsening unemployment also have made little progress. Its heavy spending only created temporary jobs for seniors. The unemployment rate hovers at an all-time high of 4.3 percent. On the real estate front, it has been most counter-productive. It trotted out 22 sets of measures, but housing prices only skyrocketed.

The biggest worry comes from the government’s spending. Of the 160 trillion won, more than 100 trillion won would have to come from taxes. A policy can be fixed if it shows flaws. But direct government handouts cannot be retrieved when they go wrong. The colossal bill will fall on the future generation.

The government’s role is to pave the way for private spending and stimulate economic activities. The economy can grow when each participating player is eager to work. Solar panels, employment and real estate policies all crunched together is not the way to go about this.

The government needs to stimulate the economy through public spending. But it must not mislead the public by packaging it as a New Deal. If it really seeks a New Deal, it must come up with effective reforms befitting the name. It must restructure social systems and the industrial infrastructure so that the private sector can pursue innovation, creativity and capabilities to their fullest.