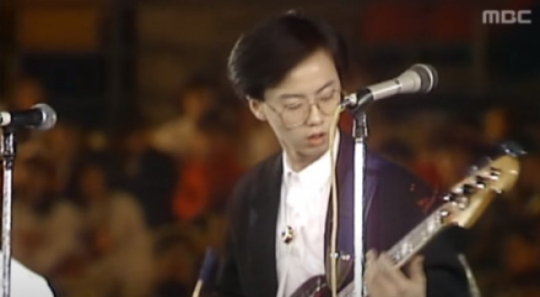 The news of Cho’s death was first released via 015B's Twitter.

“Although the news is so sudden, we hope all of you can pay tribute for the deceased,” the post read.

“I’m still upset for the departure of a colleague who’s been with us during beautiful days,” group leader Jang Ho-il wrote on Instagram. “Hyung-gon, I still vividly remember when we would all gather in your room to practice.”

Cho became a musician by participating in MBC's "Campus Music Festival" with Shin Hae-chul and his band Muhangwedo. The band took top prize with their song “To You.”

He then left the group and studied in Berklee College of Music. After returning to Korea, he taught music at universities. Recently, he was appointed as an adjunct professor of Baekseok University.

The funeral service is being held at the Catholic University of Korea, Seoul St. Mary’s Hospital in southern Seoul. Cho will be buried on Monday at Bundang Memorial Park in Seongnam, Gyeonggi.