The sound of Moon’s silence

The sound of Moon’s silence 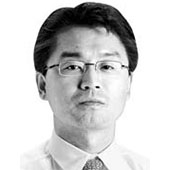 Every silence has a voice. “People talking without speaking, people hearing without listening, people writing songs that voices never share” goes Simon and Garfunkel’s 1964 song, “The Sound of Silence.” Silence is a symbolic language. President Moon Jae-in has not uttered a single word about the sexual harassment allegations against the late Seoul Mayor Park Won-soon, but that, in itself, is sending a strong message to the rest of the world. Moon has made the strategic choice of “silent politics.”

In March 2019, the same president blasted prosecutors to re-investigate the sex scandals of the late actress Jang Ja-yeon and former Vice Justice Minister Kim Hak-eui, arguing that if prosecutors fail to bring justice, Korean society could never be called just. But after Park committed suicide, Moon sent flowers to a mourning altar for the late mayor and said through his chief of staff that he was “shocked by the death of someone I had known for a long time.” But the president made no mention of the victim, Park’s former female secretary, who came forward with claims that she was sexually harassed by Park for more than four years. Why would Moon, a self-proclaimed feminist, keep ignoring her pain when she is on neither side of the political aisle?

There may be several reasons for his silence. One widely shared opinion is that he does not agree with the public’s rage toward Park’s duplicity. Perhaps Moon is trying to stay loyal to his old friend or thinks Park had simply made a personal mistake and repented of his sins by taking his own life. As a result, Moon may consider the case closed. Or maybe he’s silently — all the while frantically — trying to save his “good-willed” administration from crashing at a time when it is already in a quagmire due to constant real estate policy failures.

No matter what the reason, at least one thing stands true: Based on the fact that Moon remained silent even as Seoul government officials stirred immense controversy by holding a city-administered five-day funeral for Park and addressing the victim as “a person who claims damage,” he seems to be asking for deeper trouble.

Moon is sending a signal by keeping silent and giving the impression that he’s sympathizing with Park. His supporters perceive it as a message to defend the liberal front, just like what happened with the scandals of Democratic Party (DP) Rep. Yoon Mee-hyang and former Justice Minister Cho Kuk. Let’s push aside for a moment how some of Moon’s advocates are urging the administration to accuse the victim of posthumous defamation and hurling insults at her on the Blue House online petition website. It’s even more disheartening to see that the Blue House chief is not taking any action to muzzle them.

Those in power monopolize the authority to either speak out or not speak at all. That’s the principle of silence in the self-righteous camp. By refusing to raise his voice on the issue, Moon is tacitly pressuring his administration to do the same — and no way under this circumstance can the truth be told. More than two months have passed since “comfort woman” survivor Lee Yong-soo made a bombshell revelation to the media claiming she had been exploited by the Korean Council for Justice and Remembrance for the Issues of Military Sexual Slavery by Japan. Both Yoon and the council remain undiminished.

Park’s ex-secretary’s wish to be “protected by the law from an overbearing power” lingers throughout this eerie moment of quietness. All she’s asking for is change, so women no longer have to exist for the pleasure of powerful men.

President Moon may be keeping mum simply because he does not care — but for the victim, that in itself is an indirect form of violence. By ambiguously choosing not to say anything on an explosive social issue where right and wrong, good and evil are so distinctly set apart, Moon is only fueling social discord and deepening the divide. The fact that former Seoul Mayor Park, former South Chungcheong Gov. An Hee-jung and former Busan Mayor Oh Keo-don all committed sexual crimes by taking advantage of their power while they were members of the DP shows how the party sailed toward a moral shipwreck.

“When you’re weary, feeling small. When tears are in your eyes, I will dry them all,” goes “Bridge Over Troubled Water,” a 1970 song from Simon and Garfunkel. Three years ago when Moon was campaigning, the former human rights lawyer vowed to create “a world of gender equality.” It is time for him to speak out and dry the tears of the victim.