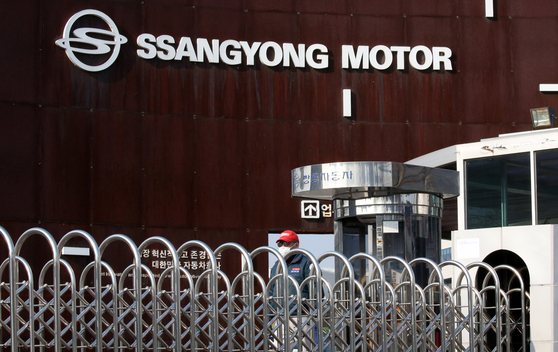 SsangYong Motor continued to make a loss in the second quarter despite the automaker’s all-out effort to turn a profit by cutting down labor costs and downsizing welfare expenses.

A lack of new models and unfavorable business conditions due to the coronavirus pandemic factored into the automaker's 14th consecutive quarter without turning a profit.

The Korean unit of Indian auto giant Mahindra & Mahindra said July 27 that it recorded 215.8 billion won ($180 million) of operating losses in the first half of this year, which is 180.5 percent more than the loss made in the first half of last year. In the second quarter alone, operating losses were 117.1 billion won, a 138.4 percent jump on year.

Its net loss also expanded from 77.6 billion won in the first half last year to 202.4 billion this year, which is a 160.9 percent year-on-year jump.

“Despite effort to cut down on costs, losses expanded this year due to disrupted manufacturing and decreased export quantity due to the Covid-19 pandemic,” SsangYong Motor said in a release.

SsangYong Motor is in a difficult position after parent company Mahindra earlier this year withdrew its initial promise to inject 230 billion won into the struggling unit. Instead, it offered a one-time infusion of 40 billion won.

SsangYong Motor, as a result, cut down labor costs by 60 billion won this year, which is 19.5 percent less than was spent in the first half of last year, and other expenses by 16 billion won in order to maintain its business — but that apparently wasn’t enough to cover deteriorating sales.

With the spread of Covid-19 slowing down globally, the automaker hopes its latest launch of upgraded models will help increase sales.

In the second quarter, SsangYong Motor released upgraded versions of its Tivoli and Korando SUVs in Korea. For overseas markets, SsangYong partnered up with Chinese carmaker Songuo Motors back in June to sell its Tivoli SUVs in the Middle East and Africa.

In the second half, SsangYong Motor plans to launch a revamped G4 Rexton SUV and Tivoli Air.

"The automaker is doing its best to come up with a solution to attract new investment," SsangYong Motor said.

SsangYong Motor has 199 billion won in short-term debt owed to the Korea Development Bank (KDB) and foreign lenders including JP Morgan and BNP Paribas, which is due within the next 12 months, after KDB rolled over 90 billion won worth of imminent debt earlier this month.

Mahindra & Mahindra is still looking for ways to give up on its 75 percent ownership of SsangYong as the Korean unit continues to fail in making profit. During June's conference call, Mahindra President Pawan Goenka said it is "looking for a new investor in SsangYong."